Pennsylvania pro Bin Weng fought off a field of stars to take down event 4 of the Wynn Millions Series in Vegas last night, scooping the $189,800 top prize 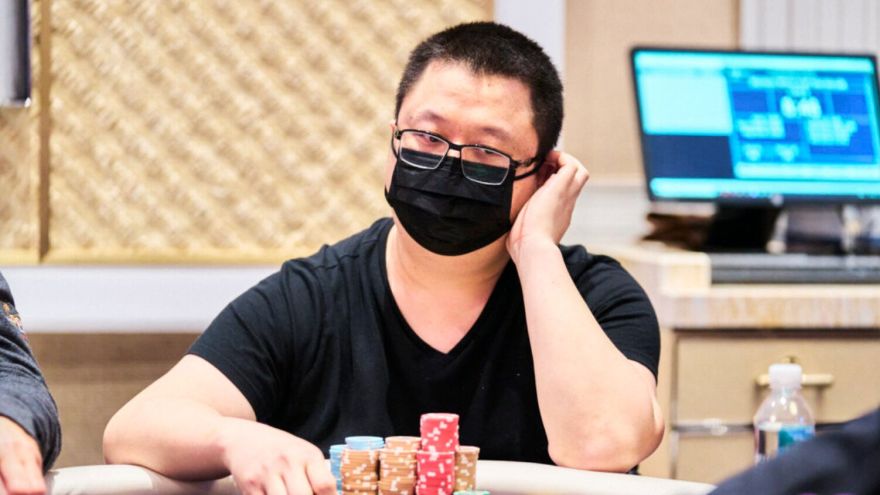 Pennsylvania pro Bin Weng fought off a field of stars to take down event 4 of the Wynn Millions Series in Vegas last night, scooping the $189,800 top prize.

A total of 73 entries to the $10k buy-in tournament included the likes of Michael Wang, Erik Seidel, and this year’s PokerGO Cup overall champion, Jeremy Ausmus.

There was also the high-profile, highroller duo of Ali Imsirovic and Daniel Negreanu to contend with, both men looking to bag a brace of Wynn Millions wins this week.

First stop, however, was to make it to the paid spots, and for Imsirovic and Negreanu it was a case of so near but so far...
Down to 13 players and with only 11 in the money, Imsirovic – who had won event 3 of the five-tournament series – shoved his relatively short stack from the small blind, only to find Ausmus’s button open was far from a blatant steal attempt...

Daniel Negreanu, who had bagged event 2 was next to fall, liking his pocket pair enough to ship his remaining chips on the flop, only to find himself behind...

That left the remaining 11 players with a payday and all eyes on the $189,800 first prize and those precious PokerGO Tour leaderboard points.

WPT record-holder Darren Elias could only make it as far as 7th place and a $36,500 cash, followed by Ivan Zufic in 6th spot, the Croatian having a good year so far with a big win at the Aria late last month.

Zufic’s $43,800 cash last night took him through the $1million live earnings milestone and it’s likely we will hear more from the young pro.

Jeremy Ausmus couldn’t add another notch to his belt, falling in 5th when he ran into Weng’s big slick, and Ilyas Muradi hit the rail in 4th spot after an untimely pre-flop shove backfired.

Ren Lin, who had called “No gamble, No future” before eliminating Muradi, took another chance when he called off Tony Tran’s short-stack shove...

That brought Lin a heads-up duel with Weng, and the Pennsylvanian pro once again produced Big Slick when it mattered, snap-calling Lin’s shove to end the tournament...

That was enough to give Bin Weng his biggest-ever live cash, and a Wynn Millions trophy to go with it, with Ren Lin’s runner-up spot worth a very healthy $138,700.

The final event of the Wynn Million highroller series kicks off tonight with a $15k buy-in NLHE tournament and we’ll bring you the results and the best of the action right here tomorrow, so be sure to check in!