The Triton Highroller Series got off to a $1million start in Cyprus as Hungary’s Andras Nemeth overcame his compatriot Laszlo Bujtas to bag the $1,082,000 top prize 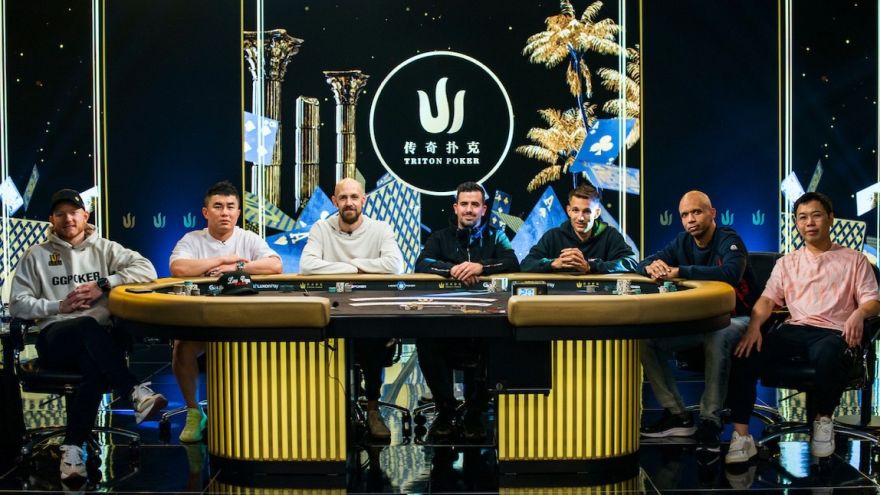 The Triton Highroller Series got off to a $1million start in Cyprus as Hungary’s Andras Nemeth overcame his compatriot Laszlo Bujtas to bag the $1,082,000 top prize...

🏆 Despite no Hungarian 🇭🇺 ever having played a #TritonPoker event before, two went Heads Up in the $50k NLH 6-Handed event and we have a winner in Andras Nemeth!!

Phil Ivey was among the 74 runners who ponied up $50k apiece, with 8 re-buys bringing the total prizepool to a staggering $3,936,000 in the first of four tournaments at the Merit Royal Resort and Casino, in northern Cyprus.

With only 11 of those players looking at a payday, and $300k of buy-ins still to find for the next three events, it was a tough day one at the tables, with the likes of Triton co-founder Paul Phua, Chris Brewer and Mathias Eibinger among those failing to make day two.

Timothy Adams, Ali Imsirovic and Dusk Till Dawn casino boss Rob Yong and the other man behind the Triton Series, Richard Yong, all fell short of the money.

...and that gave the remaining eleven a guaranteed $99,000, though with seven figures up top there was still plenty to play for, and the biggest names in the game still in the mix.

Australia’s Michael Addamo fell to triton ambassador Jason Koon, who himself made it all the way to 5th spot before falling to Bujtas’ pocket queens.

Phil Ivey was looking for a win to back up being recently voted GOAT by Doug Polk’s Upswing Poker fans, but his luck ran out when Bujtas hit the flop...

Fourth place and $387,100 for Ivey, and when Macau-resident, South Korean pro Dong Hyun Kim had his best-ever live cash in 3rd spot for just over $500k, it was left to two Hungarians to battle for the trophy.

First place and $1,082,000 gave Nemeth his 3rd victory in less than a month after two 6-figure scores at EPT Prague, and the winner told reporters: “It’s so surreal. To play for the first time and actually win. I want to pinch myself!”

“It’s expensive, and I know a few guys who know how to play, and it seems very complicated,” he said, though adding: “Winning this tournament helps. So maybe. We’ll see.”

We’ll be bringing you all the best of the Triton Cyprus action and results this week, so be sure to check in regularly!