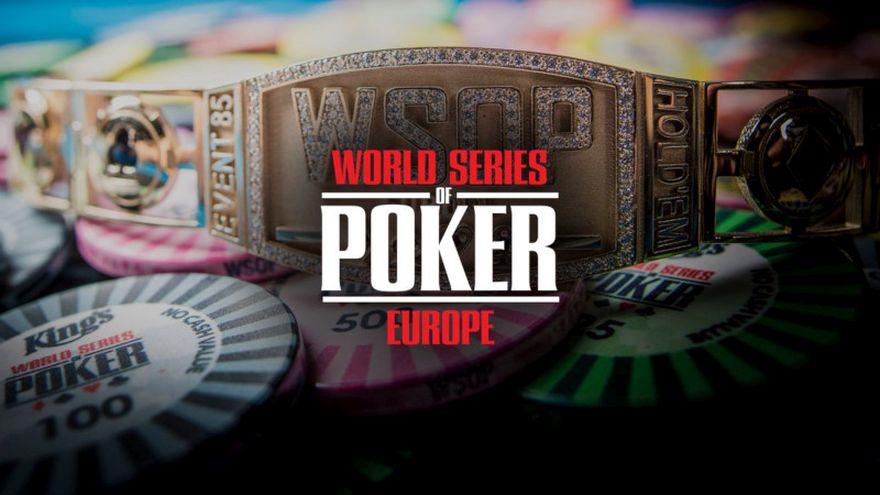 The World Series of Poker Europe is to go ahead as planned, even though international travel policies are still unclear. Movement between the US and EU is still under discussion as the pandemic still smoulders in the background.

As of now, it appears that European countries are testing the public’s patience over the use of vaccine passports. If this policy doesn’t create too much unrest then it is likely that international travel will reignite using the same idea.

This isn’t as straightforward as it sounds, because there’s still bickering between governments over increasing restrictions from certain countries, citing “variants of concern”. This usually leads to reciprocation making travel too much hassle to contemplate.

As far as the venue is concerned, King’s Resort is back in business and open with few restrictions.

A representative from the casino stated that anybody wishing to play in the WSOPE must prove they’ve either been vaccinated or have COVID-19 antibodies.

The Rio Convention Centre is to become a vaccination centre. The venue for the World Series of Poker will offer a walk in service for anybody in the area.

Over the next two months the Rio owners want to encourage as many people as possible to take up the offer of a free vaccine before the centre transforms into the greatest spectacle in live poker.

The WSOP is scheduled to start on September 30, and the organisers must be feeling nervous about the prevalence of the highly-transmissible delta variant. It would only take the state governor to experience a brief moment of panic for him to shut down the festival there and then.

Snapchat Does its Bit to Protect Children from Gambling

Social media platform Snapchat is to introduce a new opt-out feature to protect the tens of thousands of minors who have been exposed to predatory advertising online.

The UK Gambling Commission conducted research in 2019 that showed 41,000 under-16s had been targeted by gambling adverts on social media. Snapchat was forced into action after figures showed that half of its users were under the age of 25, and were likely vulnerable.

Dusk Till Dawn to Stay Shut

Freedom Day has been and gone in the UK, but Rob Yong is still refusing to open his Dusk Till Dawn poker club. Restrictions ended on July 19 but the partypoker figurehead is determined to play it safe and wait at least a little longer before opening the doors.

“Dear @DTD_Cardroom members - I can feel the pressure to open with casinos now being open but DTD very different - 500++ people in same room playing poker close together, not like 20 people in a casino spread out - look at these UK COVID cases! Patience please”

The difficulty in social distancing while there are 500+ people in the room makes it impossible to maintain a safe environment. For now, we’ll have to wait for the UK’s vaccine program to finish its first round when all adults who intend to get jabbed have done so. This will eventually (hopefully?) lead to a dramatic drop in cases and hospitalisations allowing the country to finally get back to normal.

After three years of wrangling, the Japanese government has finally implemented new legislation for casinos to be built in the country. Prior to this bill being passed in July 2018 most forms of gambling in the country were illegal. Now licensed operators will be able to apply to build and run brick-and-mortar casinos.

From October there will be four licenses up for grabs, each being specifically located in the cities of Wakayama, Yokohama, Nagasaki and Osaka. Right now, it is difficult to gauge how much interest there is, after both Caesars and Las Vegas Sands Corp. pulled out of the tendering process, citing an overly complex framework.

The building that was supposed to open as the Fountainbleu in 2008 but was later abandoned, is to open as JW Marriott Las Vegas Blvd in late 2023. The project ended up being the tallest building in the area—a whopping 63 floors—and later its biggest blemish too.

The new operation is planned to have 3,700 hotel rooms and half a million square feet of convention space, setting it up to compete with neighbouring businesses.