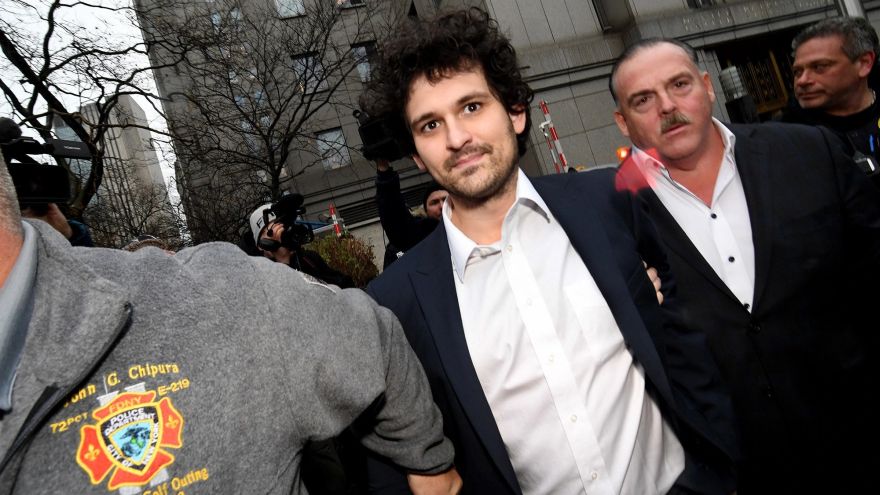 Daniel Friedberg, the lawyer at the centre of the Ultimate Bet poker scandal and now embroiled in the FTX crypto debacle, has flipped on Sam Bankman-Fried by cooperating with the FBI in the case against his former boss.

As FTX’s chief regulatory officer, Friedberg was part of the inner circle of the cryptocurrency exchange and crypto hedge fund which collapsed in November last year.

FTX founder and CEO, Sam Bankman-Fried, was arrested in the Bahamas and flown to the US where pleaded not guilty last week to charges that he cheated investors and looted $billions from the company.

Freed on a $250million bond. and with a trial date set for October 2nd, Bankman-Fried is now likely to find his former legal eagle Daniel Friedberg testifying against him.

Friedberg has reportedly dished the dirt on Bankman-Fried and other top executives, some of whom have already pleaded guilty to criminal charges “related to their roles in the fraud that contributed to FTX’s collapse,” according to US attorney Damian Williams.

“I want to cooperate in all respects,” Friedberg is reported to have told FBI agents in an email, the feds contacting him just days after FTX filed for bankruptcy in November 2022.

The lawyer is well-known to the poker community as he was deeply involved in the Ultimate Bet scandal of the mid-to-late noughties.

Players were basically robbed of $millions when poker site executives used a series of superuser accounts to fleece them during play.

Friedberg was part of the cover-up plan, caught on tape offering up lies as a solution to minimise his employers guilt and financial liability.

Friedberg was never charged with a crime for his role in the Ultimate Bet scandal, and it appears he may avoid the worst of the FTX horror show as well, with no charges laid against him as he met with FBI, Securities Commission officials and others.

Friedberg had resigned from his FTX job on November 8th and was cleared by FTX bosses of attorney-client privilege to discuss certain matters with the FBI.

That doesn’t bode well for Bankman-Fried, as Friedberg joins the list of major FTX players willing to testify against him come October, with civil cases also expected to crush the former crypto guru’s future.

Bankman-Fried faces a sentence of up to 115 years in prison if convicted of the eight-count federal indictment.