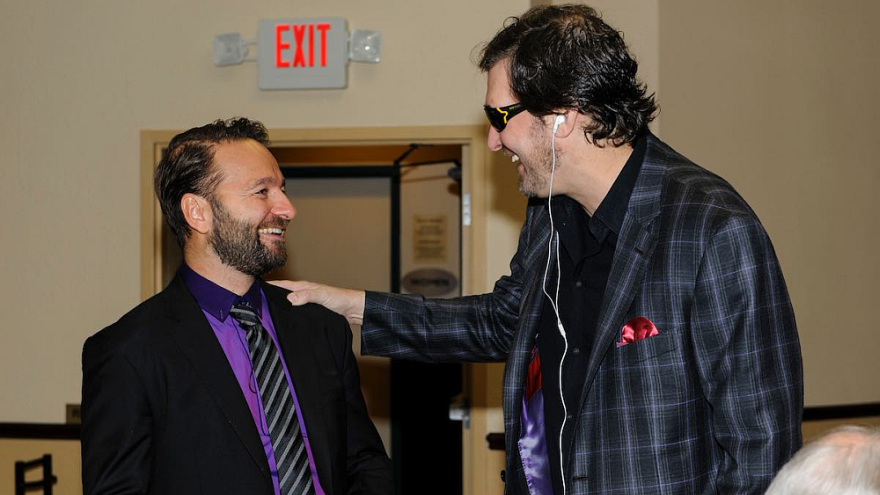 Daniel Negreanu and Phil Hellmuth will face off in round 3 of their High Stakes Duel on June 23rd, the date released for what could be their final battle – Hellmuth allowed to walk off with $350,000 if he wins for the third time.

The enthralling live action heads-up duels in the PokerGO studios at the Aria in Vegas have so far seen Hellmuth recover from the brink of defeat twice to land crushing comeback blows against his long-time rival.

With Hellmuth already having pocketed $350k from Antonio ‘The Magician’ Esfandiari for winning three matches in High Stakes Duel 1, Negreanu stepped up to the plate in late March for his go at the Poker Brat.

That first match saw Kid Poker take a 19-1 chip lead at one point in the SNG-style battle, but Hellmuth somehow clawed his way back to snatch victory from the jaws of defeat, bagging $50k at the end of round one.

Negreanu came back for another go at Hellmuth’s ‘White Magic’ approach to poker, bad-mouthing his rival with shots such as: “If you could bet on who would be ahead after 2½ hours, I would be a 10-1 favorite. He has no idea how to play deep-stack poker, not the faintest clue.”

This time there was $100k apiece at stake and yet again Negreanu built up a substantial lead. However, finishing Hellmuth off proved to be too big an ask, and when the inevitable fightback arrived, Negreanu couldn’t fend off a second defeat.

With the stakes now at $200k each, should Hellmuth win he can ride off into the sunset with a total of $350k of Negreanu’s money, though he could allow Negreanu a 4th match if he wanted to.

That is unlikely judging by the Esfandiari match, but should he do so – or Negreanu wins – the stakes would be bumped up to $400k each for a 4th battle.

Can Hellmuth go 6-0 in the High Stakes Duel format? Will Negreanu reverse a terrible trend in his heads-up record? Will Doug Polk finally challenge Hellmuth outside his comfort blanket of online HUNL? Big questions and we’ll bring you all the answers and all the action along the way!