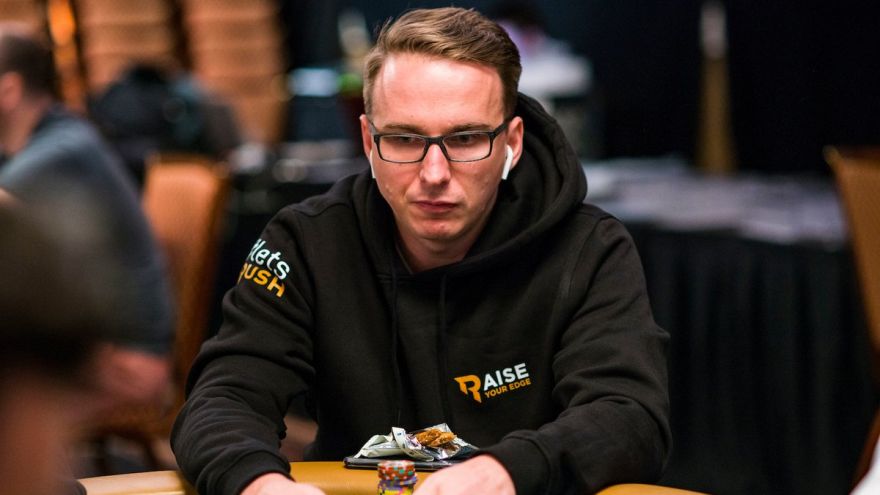 BenCB—real name Benjamin Rolle—has signed a deal to become a brand ambassador for PokerStars. The online tournament crusher and Raise Your Edge founder spent most of his career as just an anonymous screen name before revealing himself a couple of years ago, now he will become one of the most visible poker players in the community.

Rolle joins his fellow tournament stars Parker Talbot and Sam Grafton on the team which looks to be preparing a challenge to GGPoker who recently overtook PokerStars as the busiest online poker platform.

Scott Goodall, Associate Director of Communities and Partnerships at PokerStars said: "Ben is arguably one of the world’s top Multi-Table Tournament players and has been crushing high stakes for many years. Working with Ben and Raise Your Edge, PokerStars will be able to provide top standard content and gain valuable feedback and input from Ben, the RYE community, as well as our existing ambassadors and partners, to ensure we can continuously improve and provide the best experience for all our players and communities."

Rolle is excited to be joining a new team and is planning a lot of new content that is designed to attract new players to our great game.

"Working together with PokerStars I will be able to work on new content and become even more creative when trying to introduce more players to the game. I am very excited and grateful for this opportunity. I see it as a great responsibility to represent PokerStars, to remain a voice of the community and act as a bridge between them and the platform."

Dusk Till Dawn Preparing for Reopening

Rob Yong has tweeted that he intends to reopen Dusk Till Dawn in October or November, but it’s going to be a soft opening until a long list of snags have been taken care of. The partypoker figurehead has so far held off from opening up his club until it really does look certain that it is safe to do so with minimal risk to his customers.

It’s been a long time coming, and there will, no doubt, be a long queue of members looking forward to getting back to the felt in Europe’s second-largest poker room.


Will Vaccine Passports Be Mandatory in the Future to Enter Casinos?

It’s beginning to look likely that anyone wanting to enter a casino in some regions will have to prove they are double vaccinated. The controversial move has been in the air for months while governments assess just how much they can get away with.

In France and Italy casino premises are already bound by law to check every patron’s vaccination status before permitting entry. Anybody wishing to travel to the Czech Republic to play in the World Series of Poker Europe will also have to prove they are Covid-19 free.

Over in Las Vegas there is no news on this matter but Harrah’s New Orleans has also implemented the new rule, making them the first in the US. In the UK there is no news on casinos being forced to perform checks but from next month we know for certain that nightclubs will. Hopefully casinos won’t find themselves under the same classification of business.

Allied Esports Entertainment is exploring options to withdraw from the esports industry. The former owner of the World Poker Tour is also the owner of the HyperX Esports Arena located at the Luxor Resort and will likely sell the property as part of any future deal.

Allied only recently sold the rights to the WPT and reported that Minneapolis-based investment banking firm Lake Street Capital Markets is now advising on the future of the business. During the Covid-19 pandemic the popularity of esports skyrocketed, making Allied a suitable target for many investment firms looking towards the future.


King Tiger Casino Shuts Down Due to Sluggish Ethereum

King Tiger Casino, a blockchain casino, has temporarily closed down due to what they described as congestion on the Ethereum network. Many such casinos have tried to take full advantage of the new blockchain technology but suffer badly from being built on unscalable networks.

The company criticised Ethereum for not delivering on promises made to prevent this kind of issue. Recent changes have done little other than push the price of the altcoin to record highs with little else to show for it. Many developers are already looking to relocate to different blockchain networks.