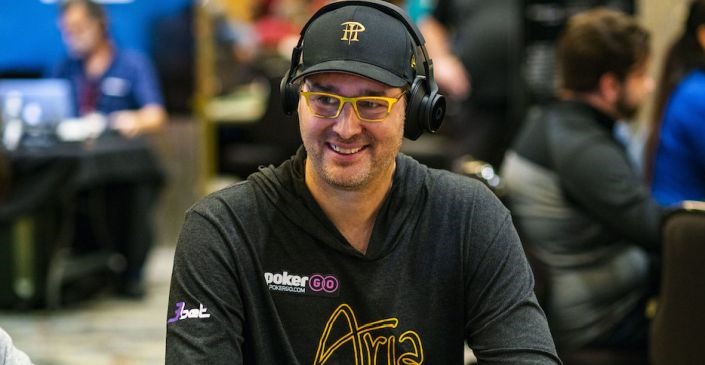 Phil Hellmuth is targeting another haul of bracelets at the WSOP and has his eyes set squarely on this year’s Player of the Year title.

The 16-time bracelet winner is returning to Las Vegas with the intention of matching his stellar performance from last year when he extended his bracelet tally and backed it up with a brace of runner-up finishes, a couple of fourths, a fifth and a sixth. It was some series for the 52-year-old who must now be feeling in the form of his career.


Can Phil Hellmuth win the WSOP Player of the year?

Everybody knows that Phil Hellmuth arrives in Sin City with the aim of winning more bracelets but after four runner-up finishes in the last 16 years he is now determined to take down the one prize he has never won before.

Speaking to PokerNews Hellmuth expressed just how much it hurts to have lost this accolade in close circumstances so many times.

“One year, Greg Merson had to finish first in the Main Event to take it away from me, which he did. Another year, Ben Lamb had to finish eighth or better in the Main to take it away – he finished third. In 2006, I passed Jeff Madsen to win it by rules they had posted in the last event, but they had a meeting to determine who won it. They gave it to him! So yes, it fucking hurts!”

The plan for this upcoming series is the same as last year where he plans to take only a week out of his busy schedule to maintain decent energy levels.

“I will take 7-8 days off during WSOP, just like last year. I can win more by playing less. Last year I made five final tables in three weeks and was completely spent. After a first-place on Sunday, and a second-place on Wednesday, my adrenaline was completely gone. I didn’t cash for three weeks after that!”

But what about Hellmuth’s expected bracelet haul for 2022? In typical style, he is setting his sights high.

“If I can make seven final tables, have two seconds and a first last year then I think it’s possible to win four WSOP bracelets. That’s all I need: to know something is possible.”

We look forward to seeing how Phil Hellmuth’s WSOP pans out, and however that turns out to be, we are sure he will be as entertaining as ever, polarising opinions on poker Twitter just like usual.