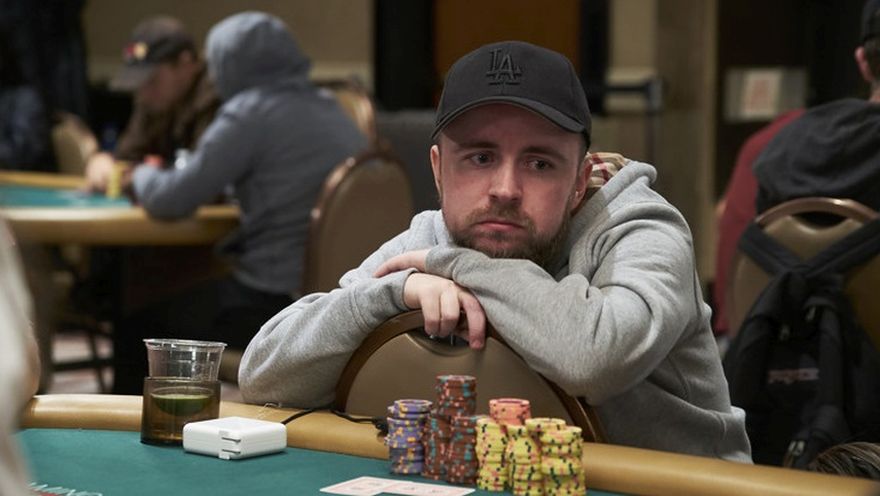 Having a sense of humour surely has to help you when dealing with the modern poker world, and Patrick 'Pads' Leonard showed off his on Twitter with a hilarious GTO poker solver tweet…

The intro, or lack of one as he explains, to his YouTube channel might have you expecting something to rival Monker, Pio, GTO+ and other game theory analysis software.

Debates about RTA (Real Time Assistance) have been raging both before and after the Fedor Kruse scandal this year, but will Leonards’ solver fall foul of the same rules?

Not according to the English pro’s latest tweet, partypoker at least allowing it through their stringent cheat checks much to their ambassador Leonard’s delight!

It’s a complicated piece of software, but for those wondering exactly how it works and unable to view Pads’ expert explanation, here’s the tl;dr…

- First up, you have to click a button to spin the PadsSolver wheel…

- You follow the machine’s advice and YOU CANNOT LOSE!

The simplicity of what is actually a very sophisticated piece of kit (and available in various colours) and Leonard launches into a real-time test of the PadsSolver, starting with $250 SPINS Ultra on partypoker.

With the solver showing that he should go ‘All in BTBTB’ (back to back to back, meaning three in a row) Leonard is dealt 23 offsuit in the big blind and his all-in gets a fold from the small blind!

Unbelievably, despite a rather nasty turn card pairing his opponent’s ace on the very next hand, the solver’s all-in again advice pays off with a rivered two pair!

Two more ‘random’ all-ins and Leonard had bagged the $750 prize, and his PadsSolver had already paid back a chunk of its development costs.

The rest of the test has to be seen to be believed, and I won’t spoil the surprise…check it out for yourself…and Pads will doubtless be working on the one small glitch that saw pocket queens losing to pocket aces.

As a gift to the poker community, Leonard is offering the ‘pie solver’ for free to promote his poker channel, and some players have already seen a remarkable and rapid rise through the stakes…