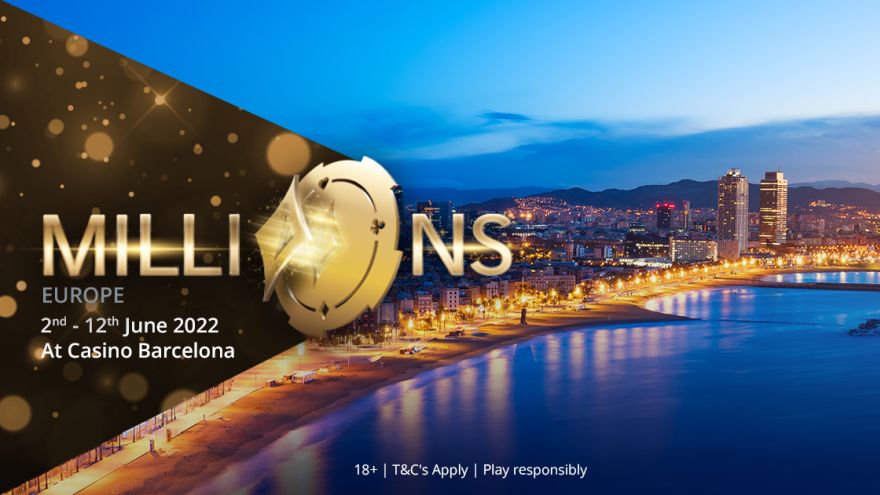 partypoker have announced that they will enforce their ban on online cheats playing at their live events, starting with a blacklist being enforced in the upcoming Barcelona #MILLIONS Europe festival...

partypoker will be operating a Blacklist for the #MILLIONSEurope festival in Barcelona. All players banned online with us will be unable to play. Read our latest blog from our Head of Game Integrity on what we are doing to keep our players safe https://t.co/daoIjhpbZr pic.twitter.com/CP1IPbPnj7

The site has long been at the forefront of trying to create a fair playing field both live and online, but with recent headlines of cheating at the highest stakes, and by some of the highest profile names in the game, the Entain group giants have decided to up the stakes.

Juha Pasanen, Head of Game Integrity, says that members of his team will be on the ground in Barcelona, ready and willing to listen to player concerns and take action where needed.
“...we at partypoker have a zero-tolerance policy towards players who are intentionally trying to gain an unfair advantage over others at our tables. I would like to reiterate that anyone banned at partypoker or other Entain brands is not welcome at any partypoker LIVE event.”

The blacklist announcement follows the apparent, though unverified, exclusion of Ali Imsirovic and Jake Schindler at the recent PokerStars EPT Monte Carlo.

Having played one of the Super High Rollers, both players were absent from the rest of the series, fellow players apparently upset at having to share a table with the alleged cheats.

That scandal was followed by allegations made against Bryn Kenney, who was accused of multi-accounting and ghosting among other issues by a former member of his poker stable.

With the game reeling from these and other claims – such as this week’s Joey Ingram tale of shuffle machine shenanigans in Texas – partypoker are the first of the major sites to publicly discuss the possibility of a global blacklist.

“We could do more and be proactive when it comes to setting up the proposed process with other operators regarding a universal ban...,” Pasanen stated in a previous blog post.

He added: “I do think all poker operators (both live and online) should be co-operating regarding this subject and personally, at least I’m ready to contribute to the cause.”

In his follow-up this week, he stated: “What we can do is protect partypoker LIVE events through our own blacklist that is enforced at all of our MILLIONS, PPC and Grand Prix Tours across the world.”

Pasanen revealed that although 90% of bans come from his Game Integrity team proactively spotting foul play, the rest are from player reports.

Pasanen writes: “... you, the players, have a vitally important role to play in our fight against cheating. I would ask that you remain vigilant at the tables when playing and report anything that seems amiss. This should apply not just to partypoker but anywhere you play online, cheats should not be allowed to prosper in our industry.”

He added: “As with any account banned by my teams, those banned as a result of a player report are added to the blacklist for partypoker LIVE events.”

Reports are confidential and can also be submitted anonymously, and Pasanen will be hosting a Game Integrity forum at the upcoming Barcelona stop to allow player concerns to be aired and discussed.