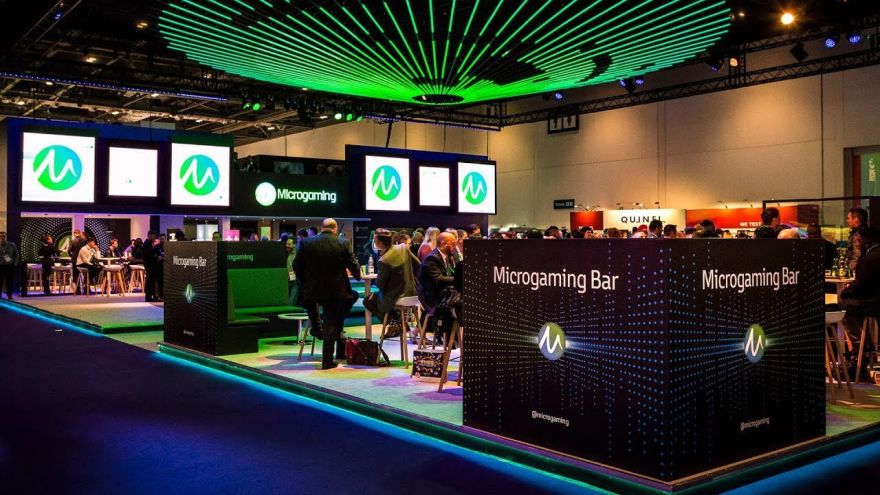 Microgaming is set to debut poker into their casino offerings only five months after they shut up shop in the online poker business. Sixteen years after they burst onto the scene, following Chris Moneymaker’s famous victory at the World Series of Poker in 2003, they sadly decided the market wasn’t right for them any longer.

But they did leave the scene with a tantalising comment that it was “not the end for poker at Microgaming,”

Now we know what they had in mind. Hold’Em Poker will be offered on Microgaming’s online casino. Along with roulette, blackjack and craps there will be a handful of skill-based games, including this poker variant.

We have no idea if this will be a regular format or purely competing against the house, but it’s great news to see one of the classic poker brands back in the game.

“Hold’Em Poker will add a new dimension to our online casino vertical, introducing a range of fun and exciting poker games to our platform. Designed to appeal to both poker and casino players, these games will deliver even further choice to our customers as we continue to diversify and innovate our content offering.”

The marketing suggests that it will take the form of a €5 buy-in sit & go that is aimed at the mobile gamers side of the market. We look forward to seeing what they come up with.

It has been reported that three card rooms on The Strip have closed their doors for good. All three belong to MGM Resorts—the Mirage, Excalibur, and Mandalay Bay.

None are particularly big compared to their rivals but the Mirage Casino has a lot of history. High stakes tournament legend Daniel Negreanu sounded quite sad at the news after playing many hours at the Mirage in his early years.

It’s no surprise to see some major casualties after the way 2020 has turned out. None of these card rooms bothered to reopen on June 4th when allowed to do so. With between 7 to 12 tables in each room it obviously wasn’t worth paying the staff with all the pandemic regulation hoops to jump through.

A regular night’s poker is nowhere near as profitable as the gaming floor so why should they take the risk.

The Circa Resort & Casino has finally reopened, but this time with a difference. The entire resort will be for over-21’s only. The adult only theme is ground-breaking in the city and is aimed at encouraging domestic holiday makers who aren’t so fond of youngsters hanging around while they’re trying to relax.

“I’m feeling great. Opening this is obviously great for downtown (and) great for all of Las Vegas. Fifteen-hundred new jobs is pretty awesome, particularly at this time.”

The property was already well under construction before the COVID-19 pandemic and is the first resort built from the group up in 40 years.

Caesars-owned Cromwell reopened two weeks ago and decided to copy the adults-only theme. They claim to have always leant that way and so it seemed a natural fit once the idea was raised.

Anthony Curtis, an analyst on the Las Vegas market said,

“I don’t know if it is necessarily a trend. I think that some of the places that can fit a certain mode are going to try and differentiate themselves a little bit. Cromwell has always been a very adult-oriented resort so it’s an easy move for them.”

Although some casino execs are putting on a brave face there is no doubt that we are still in worrying times for the gambling industry. Nevada casinos won $821.1 million in September 2020 which was a 22.38% drop year-on-year.

The last three month’s reported figures have all been between 22-26% for the state, with properties on The Strip losing 40% on last year’s revenue.

Las Vegas Sands Corp. is even rumoured to be considering selling all of its Las Vegas resorts to concentrate on the Asian market.

It’s bad, for sure, but there is some good news. Maryland and Ohio casinos cater for locals rather than tourists and have actually started to see revenue increase. The newly announced vaccine is also likely to instill some confidence into the population which could help in the coming weeks as excitement builds at getting back to normal.