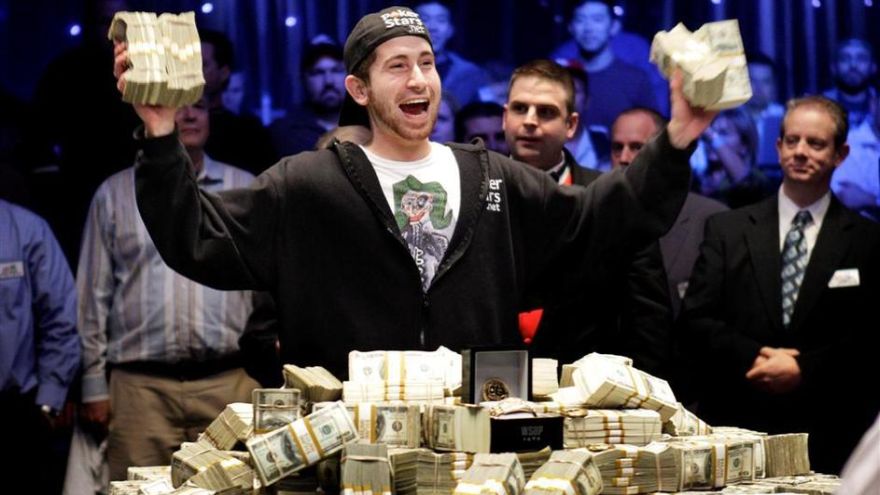 Former WSOP Main Event champion Jonathan Duhamel has claimed his 2010 win was mainly down to luck as his long-running fight with the Canadian tax authorities apparently nears a conclusion...

The 34-year-old Canadian pro won $8,944,310 when he defeated John Racener heads-up to take down the 2010 Main Event and has been embroiled in a legal battle with the Canada Revenue Agency (CRA) over his massive scoop.

The CRA has been looking for more than CAD$1.2 million (US$960,000) in back taxes, including interest and fees, from Duhamel since 2018, with many delays along the way.

The matter has now reportedly been concluded, after a November hearing and a December appeal, although the verdict has yet to be formally announced.
The matter rests on whether poker can be regarded as a game of skill, or is more a game of chance, and Duhamel has (hilariously to some) been siding with the luck element – as Canadians do not pay income tax on games of chance.

Canada’s La Presse newspaper reported Duhamel as telling the court: “I was extremely lucky. I really didn’t deserve it,” when quizzed about his career-defining victory.

“I could try to make myself believe that I am the best, but the reality is, I was lucky when I had to [be]. I accept my fate,” he told the tax hearing.

Duhamel explained the roles of both skill and luck in poker, telling the court, “It depends if you’re talking short-term or long. Both are involved. The more you practise the better you are going to be.

He added: “It’s just like a hockey player or a golf player. But if you’re not lucky you’re not going to win. So, you need to have both in poker tournaments to pull off a big one.”

Duhamel’s hopes of avoiding the massive tax hit – a whopping CAD $1,219,114) seemingly rest on his not playing poker professionally as “a business”, with the CRA arguing that a professional poker player is doing exactly that.

A previous tax case, Cohen v The Queen, discussed exactly this point after a lawyer quit his job to play professionally. In that case, five factors were taken into account, including actual profit and loss, training involved in the venture, and capability of making a profit.

Duhamel, of course, will have been hard pushed to deny he wasn’t a professional trying to make a profit – and of course actually making one courtesy of his near $9million scoop.

However, the Canadian, who has faced several controversial situations in his life, claimed that he had swapped 46% of his ME action with other players.

That would reduce his share of the victory – and thus potential tax liability – to roughly $4.8million. In addition, he paid the 30% withholding tax that comes with any victory by international players on US soil. Those whose home nations have tax treaties with the US can often recoup most or even all of this withholding.

Duhamel stated at the hearing: “It’s 30 per cent withholding tax they take for Canadian players. It’s a big hit. But I knew that before the tournament. It’s part of the game. But I’m still happy. They didn’t take 30 per cent of the bracelet.”

Duhamel’s career earnings from live tournament poker are almost exactly double that of his 2010 WSOP main Event scoop, his $18,012,109 placing him 4th in the all-time Canadian list behind Daniel Negreanu, Timothy Adams and Sam Greenwood.

His most recent recorded live cash came in 2018 at the partypoker Caribbean Poker Party, a 20th-place finish for $20,000, and he told the court he had stopped playing online poker in 2015. His earnings now, he claims, come from investment income.

The final judgement has yet to be formally issued.