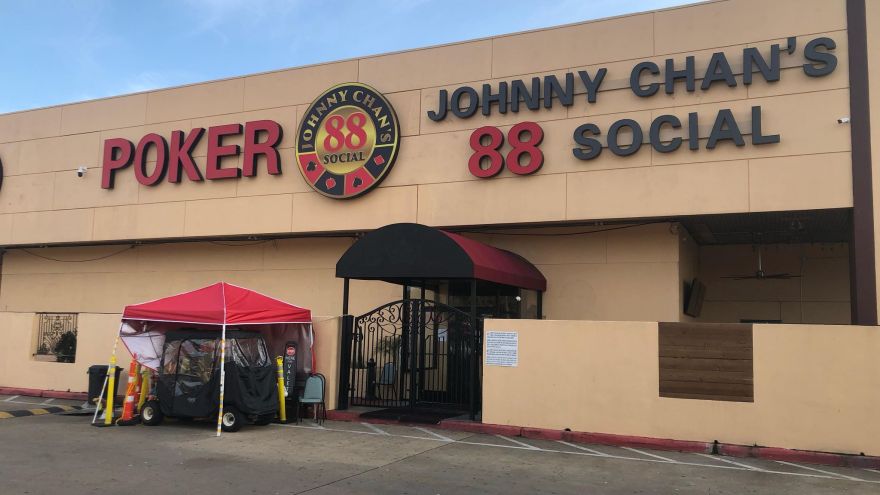 The ongoing saga of double WSOP Main Event champ Johnny Chan’s involvement in a Texas cardroom looks to have been resolved, with a regular in the Houston poker scene buying the ‘Johnny Chan’s 88 Social’ and rebranding it as the 101 Poker Club...

As we reported in early December, Chan’s eponymous cardroom in Houston, Texas, was closed amid claims and counterclaims of financial impropriety, with players unable to cash out chips and Mike Matusow hinting at a possible buyout.

Now Sanjeev Vora, the CEO of a petrochemical company and an avid poker player at the 101 Poker Club in the nearby city of Katy, has stepped in to take over, slightly confusingly naming his new club after his favourite cardroom.


Vora refused to be drawn on the rumours surrounding the demise of the Johnny Chan’s 88 Social, but told PokerNews, “I’m in this business to be profitable, yet I want to make sure the integrity, ethics, honesty is extremely important to me.”

Vora explained why he rebranded the club as 101 Poker, despite the Katy cardroom having no involvement in the former Johnny Chan’s 88 Social cardroom.

For those who haven’t been following the saga, or Texan poker in general, the way cardrooms operate is distinctly different from most other parts of the country.

Casino gambling is illegal in the Lone Star state, so poker rooms operate using a somewhat tenuous legal loophole that sees them function as “social clubs”, where membership and daily or table fees replace the rake, which they are not allowed to charge.

Vora told PokerNews that he has a team around him that can deal with this gray area, staying he is “aware of the risk and that they “will operate the business in a manner we believe will comply with Texas Law”.

Vora believes "there's less energy among politicians to shut this thing down, and more energy to make it work."

This new outlook among Texan authorities and politicians is likely tied in with the high-profile 2019 case which saw the DA, Kim Ogg, embroiled in a massive scam – one of her employees taking $250,000 from two Texan cardrooms on the promise of helping to push legislation for legalised poker.

Despite interest from various other sources, apparently including Mike Matusow, Vora decided to go it alone on the buyout deal, and a soft launch was planned for this week.

The new owner hopes to have “large tournament events” by the 2nd quarter of 2022, with a licensing deal tying in his own favourite cardroom in Katy.