Vadim Rozin, who finished 12th in this year’s WSOP Main Event in Las Vegas, has slated GGPoker for giving their €10k last-longer prize to winner Espen Jorstad instead 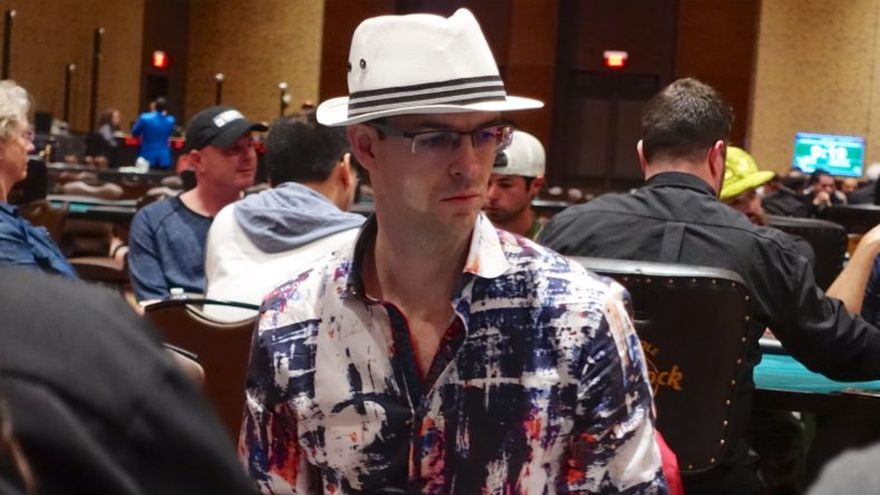 Vadim Rozin, who finished 12th in this year’s WSOP Main Event in Las Vegas, has slated GGPoker for giving their €10k last-longer prize to winner Espen Jorstad instead, claiming the Norwegian did not fulfil GGPoker’s requirements...

Canadian Rozin pocketed $525,000 for his excellent deep run in the Main Event, and was looking forward to the Last Longer prize of a €10k ticket to the WSOP Europe Main Event that starts today in Rozvadov.

That won’t be happening, however, after GGPoker decided to give the prize instead to Espen Jorstad, who scooped the gold bracelet and $10,000,000 at the most prestigious event of the poker year.

Rozin’s multi-tweet complaint continues: “By @GGPoker published terms, any GGPoker qualifier that was not wearing their patch during the whole ME should be disqualified from the last longer.

He adds: “I understand their desire to be represented at the FT, but this should be solved between GGPoker and Espen Jorstad separately outside of last longer as he should’ve been disqualified.”

As reported by PokerNews back in July in Vegas, “Jorstad won his $10,000 WSOP Main Event seat online at GGPoker where he won a $1,050 satellite. He, Vadim Rozin, and Tom Kunze were the last three remaining GGPoker qualifiers.

Rozin raised the issue following the WSOP but has been unhappy with GGPoker’s response, or rather lack of response, having got nowhere fast despite enlisting the help of Daniel Negreanu and Jason Koon.

“More striking is how GG decided to address this issue,” he tweeted. “They completely ignored my emails or comments on media. I contacted a few ambassadors including @RealKidPoker and Integrity Ambassador @JasonKoon with no luck.”

Rozin states: “This is definitely not the attitude I would expect from the biggest poker room in the world. Needless to mention, I’ll minimize any further interaction with @GGPoker and will not wear their patches going forward.”

He then makes what seems like a very pertinent point: “Maybe you all should do the same. After all, why bother if you can start wearing it only at the FT?!”

Conniff explained: “Vadim was the nicest guy in the world and had the coolest story, something like satelliteing into the main for $25 from his phone while driving his daughter to and from soccer practice! To patch up the chip leader going to the FT and take this accomplishment from him is wrong.”