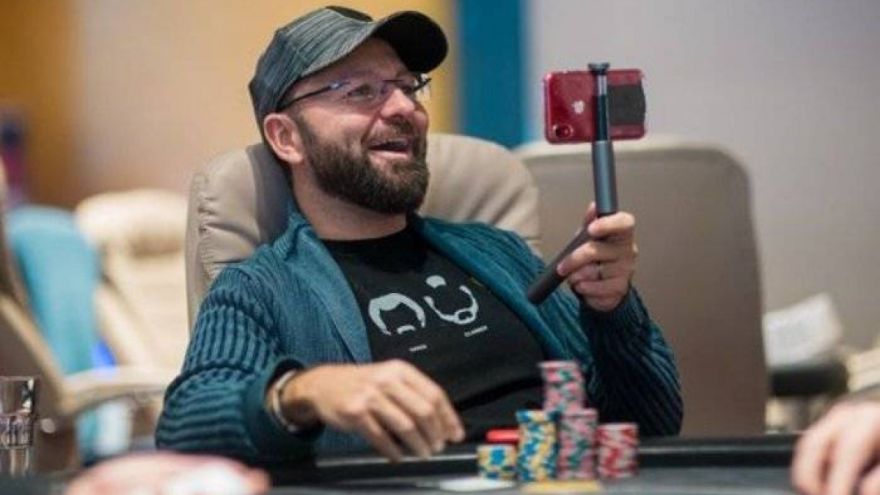 It has been hotly debated for a long time and recently Daniel Negreanu threw another name into the ring for best No Limit Hold’em tournament player of the modern era...

Jake Schindler has amassed more than $25million in recorded cashes, the vast majority of them coming from big buy-in events. A runner-up spot at the 2017 Super High Roller Bowl netted him $3.6million, while he has another three 7-figure scores to his name.

That impressive resume places him in 17th spot in the all-time list, with a $310k win this week at the Aria $25k High Roller topping up his bankroll nicely.

As one Twitter pundit pointed out though, the fact that Schindler KO’d Dnegs from that event may have coloured the GGPoker ambassador’s thinking:

“This is funny. Jake's a legend, but to pick the best with so many variables is near impossible but you just so happen to pick the guy who you dusted your stack off to yesterday lol. Classic,” wrote @Squinny14.

Negreeanu tweeted out his first tournament pic since the pandemic pretty much took live poker off the menu for a year, and the new look is a bit surreal...

While Schindler cashed all three of this week’s tournaments at the Aria, Negreanu himself managed a 3rd spot worth over $100k, but there was no sign of Phil Hellmuth.

That was a prelude to their ongoing High Stakes Duel matches that have seen Hellmuth win twice so far, with another round coming up. Should Hellmuth win for a third time, the money taken from DNegs ($350k) would give him a 14 buy-in freeroll to kickstart his Aria run.

Meanwhile, plenty of other names were being bandied about for modern-day NLHE GOAT, with Ali Imsirovic among them.

When questioned about the young Bosnian-Canadian beast, Negreanu replied: “He might be better I don’t know. I haven’t played enough with Ali to know.”

English highrolling crusher Stephen CHidwick’s name cropped up too. “I play with Chidwick a lot and think he is great too,” stated DNegs.

Michael Addamo and Alex Foxen were both mentioned, but there seemed to be a clear difference of opinion between the small-field, highroller crew a la Schindler, and the big field winners such as Hellmuth and Joe McKeehen.

It’s a debate without an end, of course, but if you have your own opinion on who is the best, feel free to share it on our social media!