Negreanu slammed Bonomo, accusing him of being a "cheater" and claiming that his social justice ideas had "totally indoctrinated" him 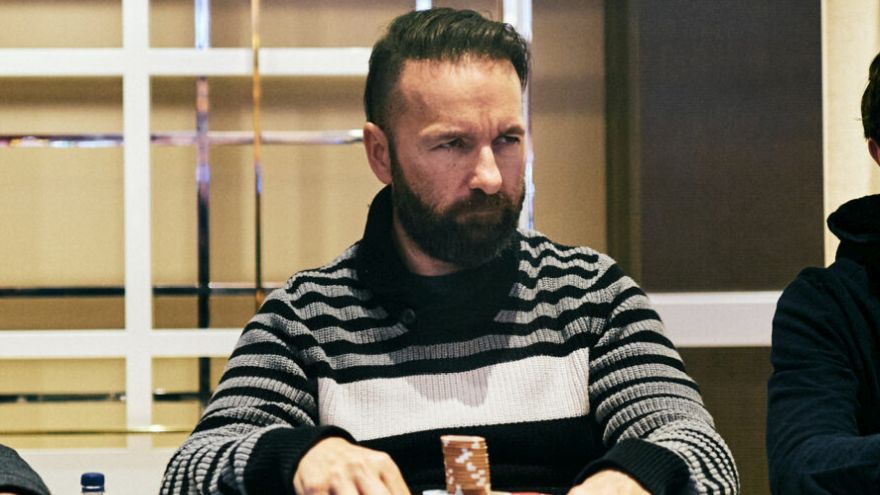 In his Monday WSOP vlog, Daniel Negreanu slammed Justin Bonomo, accusing him of being a "cheater" and claiming that his social justice ideas had "totally indoctrinated" him.

On Friday, Negreanu blew his second bullet in Event #50: $250,000 Super High Roller No-Limit Hold 'em on a runner-runner and suffered a bad beat. As he was leaving the tournament, he banged on his phone in exasperation.

Most poker players on social media appeared to comprehend his distress, given that he had lost almost $1 million over the summer. Nonetheless, Bonomo was very critical, even going as far as to call the Poker Hall of Famer violent and assert that events like this could make other players feel unsafe at the table.

Which best describes your feelings on the behavior?

Negreanu started his Day 27 World Series of Poker vlog by responding to Bonomo's comments about him, and he didn't mince his words in doing so.

Negreanu stated: "Someone forwarded me a tweet in which Whacko Bonomo claimed he wouldn't tie his shoes in front of Someone because he is indoctrinated and a lost cause. The individual is hopeless."

Bonomo is a feminist and a progressive who does not hide his beliefs. Like everyone else with strong political or social views, his tweets frequently receive criticism from those who do not identify with the same philosophy. However, some individuals believe that the high-stakes pro often goes a little too far in his social justice quest.

Please, for the love of god, stop treating us like your little flowers to protect it is so fucking demeaning

Negreanu said, "I want to thank Liv for the tweet because it's much more impactful when it comes from a woman. "Justin Bonomo interacts with women by treating them like fragile flowers that require, well, Justin Bonomo's assistance and protection. Why do you devalue women so much?"

After finishing his onslaught on Bonomo's social justice agenda, Negreanu switched on to the subject of poker cheating. More particularly, Bonomo's previous record, in which he was banned online for multi-accounting years ago.

"Who is this man, Bonomo, Justin Bonomo?" Negreanu went on. "Justin Bonomo was and always will be a cheater in the game we all love, poker. cheated. cheated outright. Since then, he's acted as a moral authority on all things poker-related."

Bonomo was banned from PokerStars in 2006 using the screen moniker "ZeeJustin" for multi-accounting. After confessing and apologising for his previous offences, PokerStars restored him a few years later.

Negreanu was the face of PokerStars when "ZeeJustin" was reinstated but has since gone on to endorse GGPoker. As per Hendon Mob, both players are one of the top three all-time live tourney winners. They've played each other in hundreds of events over the years, but they've always had a strained relationship.

Bonomo criticised Negreanu in 2019 when he published several Twitter surveys based on popular opinion.

Oooh boy, I'm happy to be reliving middle school as we vote on all of our peers in a popularity contest where the losers/results are all shown in full bracket form publicly for everyone to see forever...

said no adult ever.

Negreanu acknowledged in his video that his elimination from the Super High Roller last week made him behave "like a kid." However, he questioned Bonomo's claim that the incident was a "sexist issue." He wasn't alone in this. Several poker Twitter users agreed with the GGPoker ambassador and blasted Bonomo for going too far in denouncing the conduct.

In his latest hilarious episode of "Tough Conversations," Will Jaffe provided probably the most satisfactory assessment of the Negreanu fury incident.

This one is long overdue but it’s time. (And yes, I am busto) pic.twitter.com/9AW6SEhV5e

Several poker players have criticised Bonomo for his political and social opinions. In his latest vlog, Negreanu discusses these and other topics.