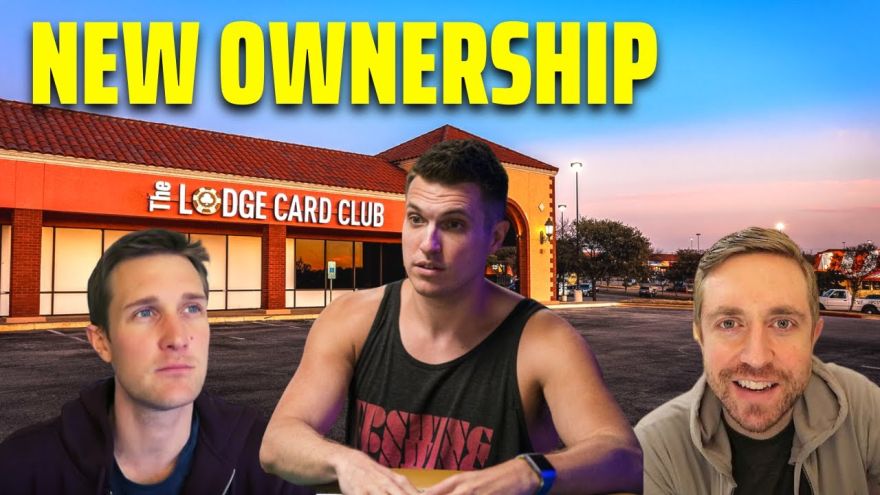 Three of poker’s most prominent pros in the social media sphere have banded together to buy shares in a poker room in Texas – Doug Polk, Andrew Neeme and Brad Owen now proud co-owners of the Lodge Poker Club in Austin.

I started my YT channel after watching and being heavily inspired by @DougPolkVids and @andrewneeme. Today, the three of us are officially co-owners of @LodgePokerClub. It’s really hitting me today. I’m so excited for my new role in the poker industry and for what’s to come. pic.twitter.com/RsdwCKvMij

The trio have bought into the biggest social poker room in Texas, with vloggers Owen and Neeme, along with podcaster Polk, taking advantage of the growing live poker scene in the Lone Star state, which operates in a rather gray legal area – as witnessed in the recent Johnny Chan cardroom saga.

Neeme, who along with Owen have become perhaps the two most popular poker vloggers in the world, had apparently been interested in investing in Texas live poker for a while.

"Brad and I have kicked around the idea of an ownership role in Texas for years, but it was tough not being based there," Neeme told PokerNews.

Doug Polk, the co-founder of Upswing Poker and “officially retired” as a player, moved to Texas last year and “approached” his fellow social media stars about a possible partnership some time ago.

Neeme explained to PokerNews: "Doug approached us about partnering up and it all became much more doable. We've been having calls and meetings for months now."

Brad Owen revealed that they didn’t buy the Lodge outright: "The group that I'm involved in, which includes Doug and Andrew, owns the majority.

“I'm incredibly excited to announce that I'm partnering up with Andrew Neeme and Brad Owen to take an ownership stake in The Lodge Card House in Austin TX. We have a massive event planned for the end of January...”

That event was also included in Owen’s news release, the Nevada-based pro announcing a "Monster Meet Up Week" at the Lodge from January 24th-30th.

“Doug, Andrew, and I will be hosting a variety of cash games, streams, and tournaments in celebration of us joining The Lodge family...”, said Owen, who has 546,000 followers on his YouTube channel. He also brings a Masters’ degree in Accounting to the new venture, which might prove useful.

Polk has stated he plans to play a couple of times a week at the Lodge, while Neeme and Owen will fly in from Vegas once a month or so.

All three were naturally very upbeat about their investment in the Austin cardroom, but for Johnny Chan a venture into the Texas poker scene didn’t work out too well.

As we reported recently, the back-to-back WSOP Main Event champion saw his investment crumble into dust as allegations of theft and impropriety plagued his club.

Johnny Chan’s 88 Social, in Houston, shut its doors after players apparently upped and left for a nearby cardroom, a run on the bank and rumours that a prominent sportsbettor welching on debts were behind the troubles.

...but eventually the club’s saviour was a wealthy reg from a nearby cardroom, Sanjeev Vora buying Chan and his fellow owners out and rebranding the place as the 101 Poker Club.

The legal status of poker in the state of Texas is, as mentioned earlier, a bit of a gray area. Poker rooms operate without charging rake, which would be illegal, and instead mostly operate as private members clubs. They usually charge monthly membership and/or daily seat fees.

Vora stated of the legal implications attached to his buyout: “I am aware of the risk ...”, adding that he has “lawyers that are very experienced with the gaming laws of Texas and how we should operate in order to not be clearly in violation of the gaming laws.”

With three of the biggest names in poker’s social media generation now involved, it appears that the future of the Lone Star state’s live poker scene is very bright indeed.