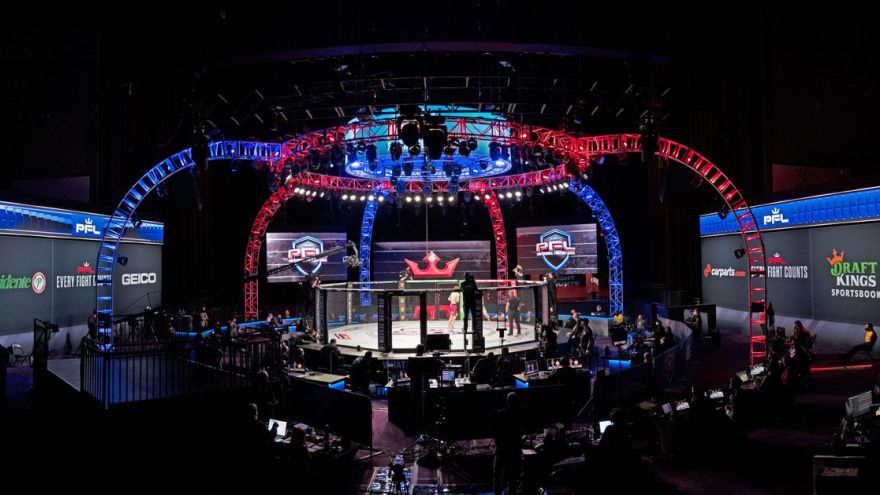 Bettors who placed wagers on an MMA event advertised as a live broadcast had their accounts reviewed after an integrity monitor reported unusual betting activity. The Professional Fighters League (PFL) stated the bouts took place a week earlier.

The bookies did not rig the events; instead, the PFL videotaped and later aired the matches while bookmakers continued to receive bets. As a consequence, the authorities and sportsbooks are investigating the matter.

On Friday, April 1, fuboTV announced that the Professional Fighters League (PFL) Challenger Series would be broadcast live at 9:00 p.m. E.T. The odds on the fights changed dramatically in favor of the winners that day, so much so that betting monitor U.S. Integrity took note. It contacted the PFL and told the bookies on Saturday that the bouts were filmed on March 25 but would not be aired until April 1.

TONIGHT PFL Challenger Series brings you their pro debuts!
Check out all the action LIVE at 9PM ET anywhere you can stream @fubosports #PFLonfuboTV pic.twitter.com/fO6dgfr3UA

"As a result, it's quite conceivable that any potentially unusual wagering activity is symptomatic of malicious conduct," U.S. Integrity stated in the advisory and recommended sportsbooks that received wagers on the event report it to state authorities.

ESPN contacted several sportsbooks, who indicated they were probing the incident and that most had not settled bets on the matches pending an inquiry. The Arizona Department of Gaming is deleting the PFL from its wagering inventory, according to an email from the state's event wagering and fantasy sports administrator.

The Colorado Division of Gaming stated it is looking into the matter. At the same time, the Nevada Gaming Control Board and the New Hampshire Lottery indicated that they are aware of the situation. The Division of Gaming Enforcement in New Jersey refused to comment.

PFL spokesperson Loren Mack pointed to ESPN that Friday's broadcast was the first time in the league's history that the PFL taped the initial broadcast of an event, but she did not explain why.

"Any sportsbooks who accepted bets on the taped show did so without the PFL's agreement or knowledge," Mack noted in an email, adding that the PFL " will further review the situation." The PFL "signed confidentiality agreements with everyone engaged," as per a statement contained in the U.S. Integrity notice.

Furthermore, Mack affirmed to ESPN that the "PFL did not include any betting lines, content, or promotion in connection with the program."

The PFL did send out several marketing tweets leading up to the event, which included photos of each fighter's weigh-in and at least one that said the Challenger Series was "Live and Free Friday Night on @fubosports!"

As per Jennifer Press, senior vice president of communications for fuboTV, the PFL Challenger Series is regularly televised live on Fubo Sports Network. "The only exception was the April 1 event, which was pre-recorded. We made the mistake of using the identical promo material for the April 1 program that we had used for prior events. We sincerely apologise for the mistake."

As claimed by Matthew Holt, president of U.S. Integrity, the organization cannot disclose details of an ongoing inquiry. "Our aim, as usual, is to warn the industry as soon as possible of any potential criminal, anomalous, or suspicious behaviour so they may take action as soon as feasible," Holt said.

Some gamblers thought the event was live on Friday and took to social media to complain about not being paid on bets on the winning bouts.

Typically, sportsbooks depend on oddsmakers to provide betting lines for tournaments like the PFL and integrate them into their platforms. When approached by ESPN, BetMGM and Caesars Sportsbook refused to comment.

DraftKings released a statement confirming to ESPN that it gave odds on the event in multiple states. "We thought the event in question was live at the time. DraftKings suspended the markets [on its own] after seeing odd behaviour in a handful of matches, "according to the declaration, "We are collaborating with regulatory organisations to identify the best course of action."

Mistakes do happen from time to time, but this is exceptional. "He does not remember a comparable incident involving an apparent misrepresentation of an event date." Gaming regulatory specialist Karl Bennison told ESPN, stressing that "there have been occasional occasions where sportsbooks make a mistake and inaccurately enter information, such as the start times of an event."

However, it is bizarre that all bookies believed the matches occurred on April 1, a week later. Sadly, it was not an April Fool's prank.