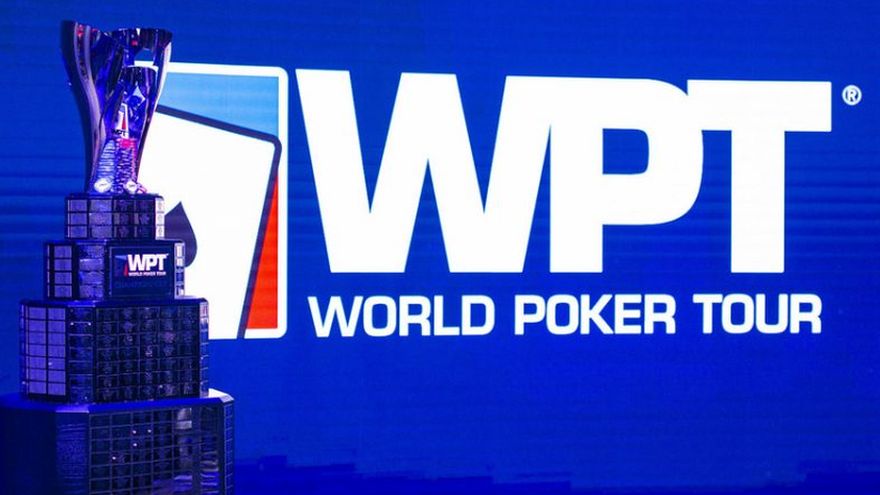 World Poker Tour and BetMGM recently announced plans for the WPT Online Borgata Poker Open Tournament, which is set to begin next month. The event, the second of its kind, will start on September 19 through to September 21 and boasts a prize pool of $1 million, with the buy-in set at $3,500.

The tournament will also be streamed live and will lead Partypoker’s online series in New Jersey. Of course, NJ online casino bonuses can be taken advantage of year-round.

The WPT Online Borgata complements a budding partnership between BetMGM and WPT as the parties are working together with the aim of hosting quality poker events with hefty prize pools.

Persons wishing to participate in said tournament have to be physically within the state of New Jersey. The WPT has announced the Partypoker US Networks will be hosting tournaments starting at $5 and other freeroll tourneys.

“World Poker Tour® and BetMGM announced today that the WPT® Online Borgata Poker Open (September 19-21) will lead September’s partypoker US Network Online Series in New Jersey (September 12-21). The $3,500 buy-in event features a $1 million guaranteed prize pool and will feature a live-streamed final table,” a press release reads. “The WPT Online Borgata Poker Open represents the latest in the ongoing relationship between WPT and BetMGM, in which the organizations are focused on providing quality, relatable poker offerings and prestigious events with large prize pools available to players.”

Matthew Sunderland, Bet MGM’s vice president of gaming, referred to WPT as a great partner in the press release, adding his company is excited to continue working side by side with WPT. Sunderland made sure to note that the events the companies have hosted together have been a huge success and he was pretty upbeat over the fact that someone in New Jersey will have a chance to claim a major chunk of the aforementioned prize pool.

“BetMGM has found a great partner in WPT and are excited to work together again to bring another online Main Tour event to New Jersey,” he said. “Our last Main Tour event together was a huge success, and we look forward to offering players in New Jersey a piece of the $1 million prize pool.”

Vice president of global tour management at WPT, Angelica Hael highlighted the fact that the State of New Jersey continues to be a leader in regulated online poker, also stating the WPT is very pleased to have taken on a partner like BetMGM.

She pointed back to previous collaborations which yielded much success last year and reckons the series will take the partnership to even higher heights.

“New Jersey continues to be a leader in regulated online poker and the WPT is thrilled to partner with BetMGM,” she said. “This event follows up on the three incredible series held in 2020 and we are confident this series will continue pushing our partnership to new heights.”

WPT CEO Adam Pliska chimed in with the following:

“The WPT Online Borgata Poker Open, powered by partypoker US Network, marks the return of the Sexton Cup to New Jersey. We are very happy that WPT’s strategic move in online tournaments has been bolstered by one of the longest and most prestigious casinos on the tour.”

Meanwhile, an online poker player going by the username “Conngong12” was the latest to earn a World Series of Poker gold bracelet in the Pennsylvania segment of the WSOP Online after beating a field of 319 players in the no-limit hold’ em PKO. The event had a buy-in of $400 and the user netted a cool $22,214 in earnings, winning $10,026 from the prize pool and winning an additional $12,188 in bounties.

In less thrilling news, a $2 million poker tournament has been canceled in Dallas, Texas. Although COVID-19 restrictions are being lifted with each passing week and poker tournaments are popping up in states such as Pennsylvania and Nevada, things are not quite back to normal.

Casino gambling is illegal in Texas but poker rooms are permitted to hold tournaments. One such event was poised to take place at the Champions Club Poker room in Dallas from September 14 to September 21 but, in a brief statement posted to Facebook, the hosts announced having canceled the event

“We regret to inform you that our September poker tournament in Dallas has been canceled,” it reads.

No specific reason for the cancellation was given, however, the organizers have revealed the poker room is expected to open in the fall and offer “a full complement of entertainment options.”