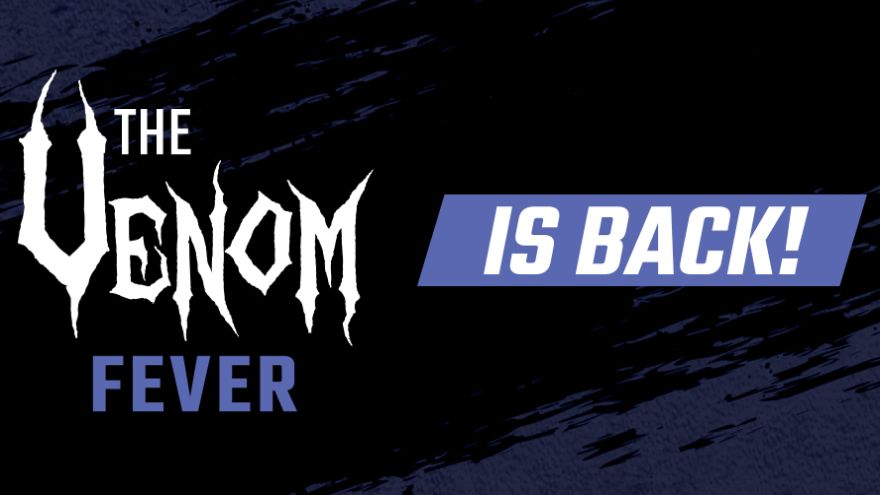 “How do you make the world’s biggest online tournament for US players even hotter?” That’s the question being asked of America's CardRoom and they have an answer – with Venom Fever!

A monster total of 886 seats to the upcoming $10 GTD Million Venom will be up for grabs, and with each seat valued at $2650 you could bag yours for free with Venom Fever!

The ACR Venom Fever MEGA satellites will run almost daily up until August 1st, which means you still have most of a month to get yourself in the mix.


How do Venon Fever MEGAs work?

There is a simple 3-step approach to get into the Venom:


How else can I qualify for the Venom?

It’s not just the 800 seats on the line from the MEGAs that could see you playing the Venom, though.

There are also 20 seats GTD every Sunday at 6pm ET in the Beast and Sit & Crush satellite.

Of course you can also buy in direct for $2650 if you somehow don’t manage to grab your seat via the freeroll and sattie route!


Tell me about the $10million Venom tournament!

It’s the US-facing site’s biggest-ever tourney, that $10million guarantee including at least two $1million prizes up top, both 1st and 2nd spots walking off with 7-figure payouts.

Kicking off on Friday, July 23rd, the most “Venomous” event in ACR history will see four day 1 flights, followed by two more days' play to get down to the final table on Wednesday, August 4th.

That’s the day we could see another Guinness record broken, ACR’s inaugural $5 Million Venom in 2019 seeing winner TheBigKid being paid their $1,050,559.50 prize in Bitcoin.

Since then there have been 3 more Venom tournaments and 4 more millionaires crowned, and at least two more will be made this time round.