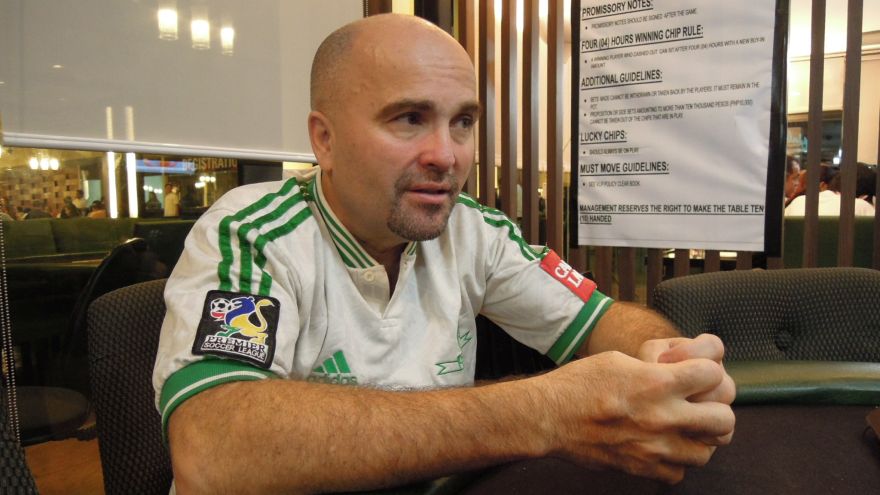 We might all have a dream of being a top ranked globe-trotting poker pro jetting off to amazing destinations and lifting trophies and prizemoney wherever we go, but you’ll be surprised to find just who tops the ‘flaghunter’ list.

With cashes of just over $1million in 31 countries under his belt, the Preston man ranks fifth on the flaghunter list, ranging from his first recorded cash in Blackpool to his most recent Merit Poker International 2nd spot in Budva, Montenegro last year.

Recent events may have forced us all to look for top rated online casinos and cardrooms in the meantime, but Hills is likely to be back on the road, or in the air perhaps, sooner rather than later

Having visited Vegas several times, including during the WSOP, his best result is a $72,799 win during the 2018 Wynn Summer Classic in Las Vegas.

Cashes at the Battle of Malta, the EPT in Prague and the Irish Open are all on his resume, with scores in Marrakech, Ukraine and Huddersfield among his other results.

In the decade since that lucrative runner-up spot, White has criss-crossed the globe in search of poker adventures, with Ireland, Brazil, Australia, China and Macau all ticked off his ‘played there, cashed that’ bucket list.

Whether it’s the stunning St. Maarten in the Caribbean or the phenomenal city of Phnom Penh in Cambodia, White has bagged a score, with Senegal, Morocco and Montenegro the latest stops on his flaghunter tour.

Germany’s flaghunting specialist Lars Jurgens has proved you don’t have to be playing and cashing the big events to qualify, with a modest $91,886 in recorded winnings across his 42-country CV.

Starting out almost a decade ago with a 98th spot finish worth $993 at the WPT Regional Hard Rock Summer Splash in Hollywood, the poker and travel bug has taken Jurgens to every continent on the planet barring Antarctica!

Leon Tsoukernik’s poker island of Rozvadov in the Czech Republic offered Jurgens his biggest single payday, a $10,465 cash back in 2015, while Ho Chi Minh city in Vietnam is among his most exotic destinations.

It’s very tight at the top of poker’s flaghunting rankings, with Poland’s Miroslaw Klys just one ahead of Jurgens and only two behind the leader.

The Warsaw man has 315 cashes across 15 years to his name, amounting to $292,675 from 43 different nations, including Scotland, Slovenia and Sweden.

An $18,644 cash at the Stella Poker Festival in Kranjska Gora is Klys’ biggest payout from his travels, with Canada, Mexico City and Brazil showing how far afield he is prepared to go for his love of poker.

The aptly-named Casey Kastle is the king of the flaghunters, the Slovenian from Ljubljana boasting 45 flags and $2,020,927 in cashes, making him his nation’s top-earning tournament player.

Kastle has scores going all the way back to 1998 when a 3rd spot worth $22,800 at the Carnivale of Poker in Las Vegas started him off on what would be an epic poker adventure.

When poker took the world by storm in the early noughties, Kastle soon found he had a huge pick of countries to play in, with the Philippines capital Manila, the poker Mecca of Macau and the Aussie Millions in Melbourne among his choices.

Kastle’s most recent flag and cash came at the partypoker LIVE tour in Punta del Este, Uruguay, keeping him out front for now, though others are sure to be chasing him hard now that the world is re-opening.

Can You Get Better at Poker by Practicing?

Winning in anything takes a lot of work. If you want to succeed in football, chess, business, it doesn’t matter what-...

The Reality of Online Gambling Regulation