The Most Amazing Blackjack Stories Of All Time

Here are some of the most incredible Blackjack stories you should really know about – and they’ll blow your mind! 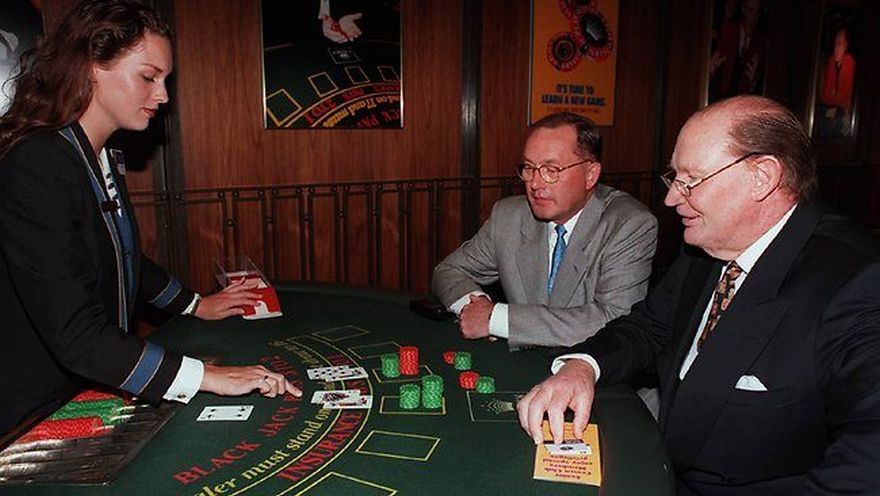 Whether Blackjack is your game of choice, or next on your list of games to try out when you visit the casino, here are some of the most incredible Blackjack stories you should really know about – and they’ll blow your mind!

Kerry Packer was a renowned gambler who loved nothing more than challenging the biggest casinos in the world at the highest stakes possible.


Nowadays you can try to replicate what Packer and the others in this list have done from the comfort of your own home or mobile at Casino.FanDuel.com, but Packer had to jet-set across the globe to play.


One of those visits saw him scoop a huge $7.1million in a single evening at the Las Vegas Hilton, but that was mere pocket change compared to his next huge win in 1995 when he descended on the MGM Grand.

Packer played 8 hands at a time, with $250k bets on each round, and walked off with $40million in under an hour. In fact, it was only really $39million as he tipped the dealers $1million on his way out!

Not to be confused with the Miami Vice star, this Don Johnson was, like Packer, a multi-millionaire businessman who loved the thrill and challenge of the blackjack tables.

Unlike your average fun player, however, Johnson takes a mathematical approach to the game and that strategy paid off in trumps when he went on a 5-month winning streak just over a decade ago.


Atlantic City rather than Vegas was his regular haunt and Johnson racked up more than $15million between December 2010 and April 2011.


Dana White and the UFC approach to blackjack

Another famous name and another strategic genius by all accounts, with the UFC president Dana White a surprising addition to this list of Blackjack legends.


White was accused of card-counting during his earliest big wins, even receiving a ban from the Palms Casino in Vegas. However he was allowed back in and proceeded to win $2million from the house!

Apparently White was another big tipper, a 10% chunk of his huge win going to the dealers and making him a big favourite among at least some of the casino's staff.

You want more famous names and monster wins? Ok, how about..

The Oscar-winning star has been in several movies with a casino theme, Smokin’ Aces and Runner, Runner chief among them, but in real life the star likes nothing more than taking on the blackjack gods.

The Hard Rock Casino in 2001 was the scene of his biggest-known win, when he sauntered in and ran up an $800k stack, leaving the staff with $145k as a thank you for a memorable evening.

Affleck would later be banned from the very same blackjack tables for allegedly card-counting, but it hasn’t stopped him from enjoying the casino atmosphere, with poker among his other card-playing loves.

We’ll finish off with one of the most bizarre blackjack takes you’ll encounter, one that even the legendary Snopes.com can’t decide is true or not...

Not something we’d ever recommend you doing, of course, but the tale goes that a homeless man named “Shoeless Joe”, variously described as “smelly”, “unkempt” and with “broken teeth” took Treasure Island for a whopping $1.6million.

It was April 1995 when the elderly man, down on his luck, cashed a $400 government social security cheque at the casino’s bank, in the hope of turning it into a life-changing amount.

He is reported to have berated dealers whenever he lost a hand, while drinking Jack Daniels and Coke and smoking cigars, and chomping on pork chops as his run rocketed skywards.


Rumour has it that the casino’s owner, Steve Wynn, paid “Shoeless Joe” another $10k for the rights to his incredible story, though the veracity of the entire tale is described as “unconfirmed” by the fact-checking site Snopes.com.


Whether true or not, the blackjack tables will always have amazing stories to tell, and hopefully you’ll be able to create your own!