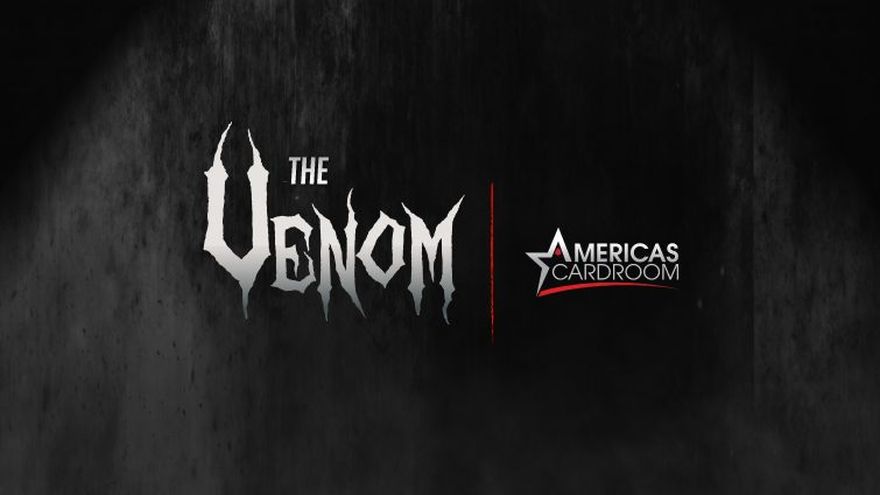 The $10 Million Venom on America’s CardRoom is making its return tomorrow. Starting January 21st, players will have a chance to claim their share of the $10 million dollar prize pool. Here is all you need to know about The Venom.

First and foremost, here is the complete schedule for one of the biggest tournaments you can play in online poker. There are multiple Day 1s as well as satellites that run well into the tournament schedule which grant players multiple chances to take home their share of the massive prize pool.

If you haven’t taken advantage of the numerous ways to earn yourself a $2,650 Venom ticket, you have truly missed out. But that doesn’t mean you still can’t enter into the Venom on whatever your budget allows.

Players can buy in at any of the nine levels. Starting with 10 big blinds, the objective is to win 5,000 chips. Once the mark is reached, a ticket to the next level is rewarded. Multiple tickets can be won at the same level which grants unlimited possibilities for entry.

Lastly, Venom On Demand Step and Skip Tournaments allow players to compete for a Venom Ticket anytime and at their own pace. Starting at $0.00, players can climb the steps directly into a Venom seat. There are also Venom On Demand Skip tournaments, which grant players the ability to skip steps in the Venom Step series.


Stake or Be Staked

This year’s Venom is the first to feature the MTT staking feature on ACR. Players have the option to buy action from willing players, granting them a chance at big money without playing, or they can choose to sell their own action.

With all the various ways to either win, step or skip your way to a Venom ticket, the value players can earn is limitless. Earn a Venom Ticket today and take a crack at some life-changing money.