Poker is one of the most popular card games in the world, and New York has produced some of its greatest players 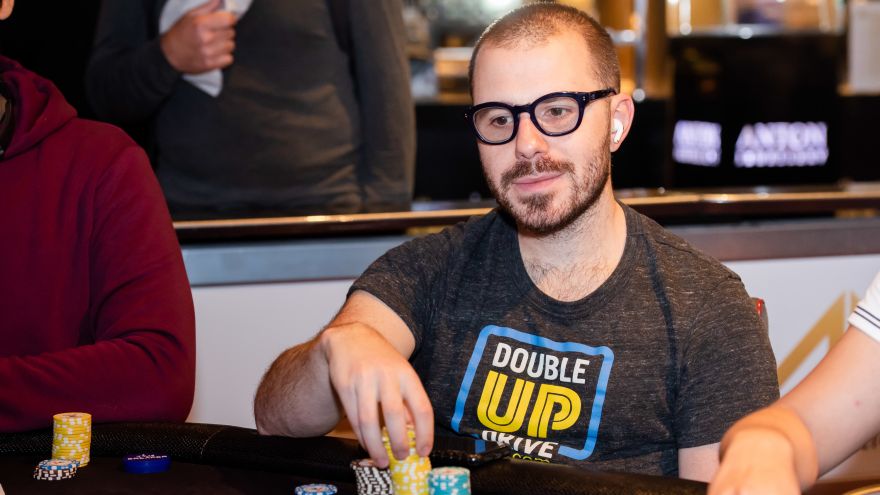 Poker is one of the most popular card games in the world, and New York has produced some of its greatest players. From professional tournament champions to high-stakes cash game fans, these five poker players from New York have helped shape the history and culture of the game. With their intelligence, skill, and dedication to their craft, they are an inspiration for any aspiring poker player. So without further ado, let's look at who made this list: Dan Smith, Eric Seidel, and Vanessa Selbst.

At only 16 years old, Dan Smith began his poker journey at New York online casinos before reaching the legal age in the U.S. Furthermore, he was a former chess prodigy who earned himself a college scholarship with his skillset yet chose to halt his studies at 18 to instead focus on an entire career of playing poker.

In 2008, Smith had his first cash victory when he won the Heartland Poker Tour Main Event at the Turning Stone Resort & Casino in New York for an impressive $101,960. However, five years later, he outdid himself with a massive win of $2,044,766 from Bellagio's Super High Roller event with its eye-watering 100K buy-in! With over 74 cash in live poker tournaments and more than 36 million dollars collected to date - this true champion has made his mark on history.

In 2012, Smith experienced a pivotal moment in his career. He began the year by snagging an awesome AUD 1,012,000 prize at Aussie Millions 100k Challenge event. Then, five days later, he was back on top – dominating three consecutive €5000 events and raking in €520,980.

In 2012, he emerged victorious in six tournaments and was the GPI Player of the Year. He also became runner-up for Cardplayer's Player of the Year and Bluff Magazine's POY to Greg Merson and Marvin Rettenmaier, respectively.

The illustrious Erik Seidel, born on November 6th of 1959, in New York City, is a renowned American professional poker player from Las Vegas. With nine World Series of Poker bracelets and one captivating World Poker Tour title to his name, he was truly deservedly inducted into the prestigious Poker Hall of Fame in 2010. During his youth, he played an impressive level of backgammon before taking up trading stocks on the stock market - ultimately leading him to become one of America's greatest poker players today.

Seidel is a renowned name amongst the former members of the Mayfair Club in New York City, including Stu Ungar, Jay Heimowitz, Mickey Appleman, Howard Lederer, Jason Lester, Steve Zolotow, and Paul Magriel. Dan Harrington even held his own as part of this elite group!

Vanessa K. Selbst is a renowned poker player and the only woman who ever achieved the number one ranking on the Global Poker Index. Her live tournament winnings amount to US$11.8 million, and she previously belonged to Team Pokerstars Pro, with her username "V. Selbst."

Vanessa Selbst has achieved the feat of three World Series of Poker (WSOP) bracelets, making her the first and only woman to have done so in open-field events. She also became the sole poker player to win consecutive North American Poker Tour Main Events. In January 2013, Vanessa won a PCA high roller for $1.4 million, making her the highest-earning female poker star ever![6] Her successful results in multiple tournaments throughout her career now puts Vanessa within the top 100 players on the All-Time Money List, with total tournament earnings close to a whopping $12 million.

Selbst, a native of Brooklyn born into a Jewish family, attended the Massachusetts Institute of Technology for one year before transferring to Yale University, where she graduated with a degree in political science. Then, as part of her Fulbright scholarship program, Selbst spent an entire year abroad studying in Spain and, upon returning to the United States, was quickly hired by the renowned consulting firm McKinsey & Company.

In 2012, Selbst graduated from Yale Law School with her J.D. While completing her studies, she served as the head of the Yale Queer-Straight Alliance. Additionally, she was a coach and executive producer for DeucesCracked - an online poker training platform that boasted remarkable success due to her involvement.