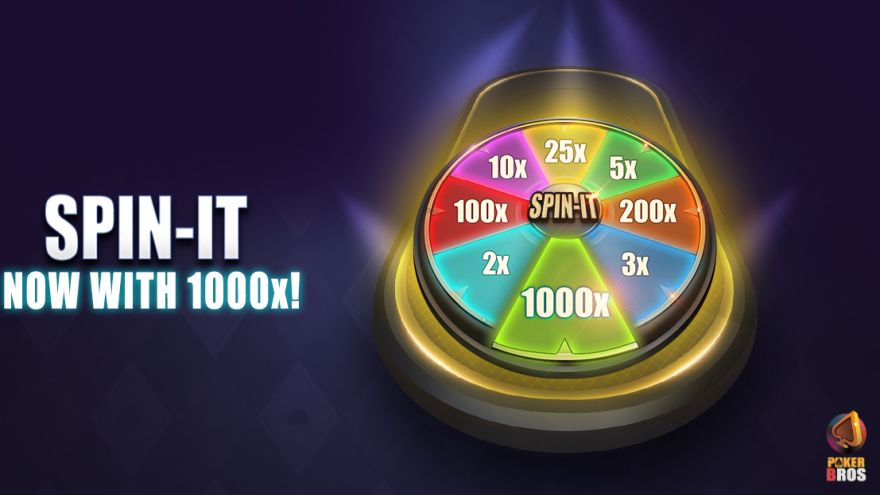 PokerBROS players have been asking for an extra zero to be added to the top multiplier on our Spin-It wheel – and they’ve made it happen.

A staple of short-handed, fast-paced action in the Gold Lobby and selected Unions, Spin-It Tournaments combine the excitement of a prize pool-boosting spin with three-handed tournament fun.

Alongside the original Spin-It format, featuring a wheel with six multipliers (from 2x to 100x), selected Unions can now choose the 1000x option (pictured) for a chance of an even bigger prize pool.

This popular Single Table Tournament format features action before the first card is even dealt (the spin), then plays down to a winner as a Turbo No Limit Hold’em tournament. Starting stacks are between 300 and 2,000 chips, depending on the table set-up (like everything PokerBROS, Spin-It Tournaments are uniquely customizable).

Prizes are awarded to one, two, or all three players, depending on the multiplier:

Spin-It tournaments also run 24/7 in the Gold Lobby, for a taste of high-octane, short-handed poker – with potentially colossal prizes.