The first US Poker Open title of 2021 has gone to Jake Daniels, the Texan pro pocketing $218,500 after fending off a stacked final table 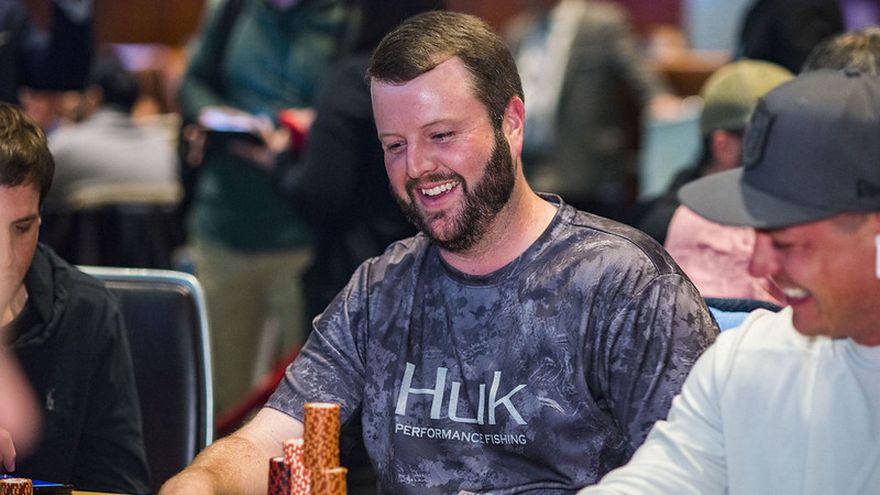 The first US Poker Open title of 2021 has gone to Jake Daniels, the Texan pro pocketing $218,500 after fending off a stacked final table to defeat Dan Shak heads-up at the Aria Casino.

The 12-tournament series features ten $10k buy-in events, followed by a $25k and then a $50k buy-in finale, and includes PLO, mixed game and Short Deck poker in the schedule – with the Golden Eagle trophy and $50k for the overall leaderboard winner.

The $10k NLHE opener saw 95 entries, a record for the increasingly-popular highstakes tournament series, and among the big names was Daniel Negreanu, although the popular GGPoker ambassador would fail to cash.

Another famous player to fall short of the money was Alex Foxen, bubbling the paid spots and leaving 14 players in the cash. The final table was set when Dan Shal picked up pocket aces to eliminate Aram Zobian in 8th spot.

The final started with Spanish ace Sergei Reixach sending Tim McDermott to the rail and then following him soon afterwards when his short stack forced a shove, the board of no help against Barry Rutter’s pocket sevens.

Rutter then accounted for Steve Zolotov, with Daniels knocking out perhaps the most accomplished and dangerous player of all out, Stephen Chidwick.

The podium now reached, and six-figure payouts guaranteed all round, a cagey nettle ensued until Hutter risked his shortening stack and lost out to Shak’s rivered straight.

Heads-up now, and a straight-over-straight cooler handed Daniels a big lead that he would run all the way to victory, the final hand playing out as follows with a pre-flop shove and call...

The US Poker Open will run daily until the $50k finale on June 14th and we’ll bring you the best of the action right here, so be sure to check in regularly!