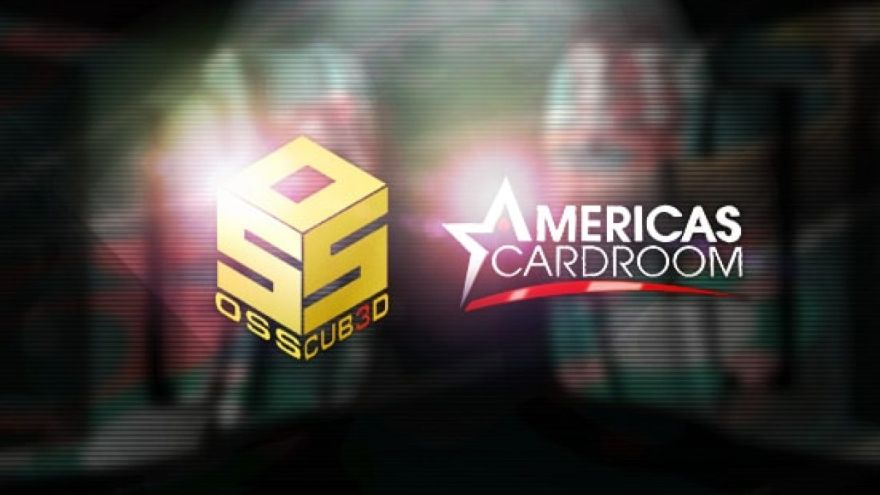 Poker fans are looking forward to the 2nd weekend of the $20million GTD OSSCub3d series on America’s CardRoom, with the main Online Super Series well in swing after the success of last week’s Mini version!

As always, ACR kicked off their OSSCub3d series with the MOSS, a week-long series designed to give small-stakes players the chance to win big without breaking the bank.

The Main Event was a $500,000 GTD PKO and that guarantee is doubled for the second instalment of the ACR three-parter, with the flagship tournament series, the OSS getting ready for a $1million GTD Main Event next weekend.

With 4 weeks of non-stop massive tournament action, it’s hard to know where to look, and that $20million in total guarantees – making it ACR’s biggest-ever series ever – includes three multi-flight tourneys (offering $2.5 Million, $1 Million, $250k), plus an additional two $1 Million Main Events and a $500k Main Event!

The OSS runs until that Main Event on Sunday 22nd August, so you still have plenty of time to bag your seat, with satties and qualifiers running around the clock, along with hundreds of other tournaments.

Buy-ins range from as little as $15 all the way up to the $630 Main Event direct buy-in, so there’s a bankroll level there for almost everyone.

The OSS Cub3d is just part of ACR’s blockbuster summer of tourney guarantees that total over $95million in July and August, and the upcoming BOSS (Bigger Online Super Series) is one for the tournament high-rollers.

Well, that’s August all sorted for online poker players! You can check out all the ACR OSS Cub3d details and full schedules here and good luck at the tables!