How Poker Moved From the Wild West to Your Living Room 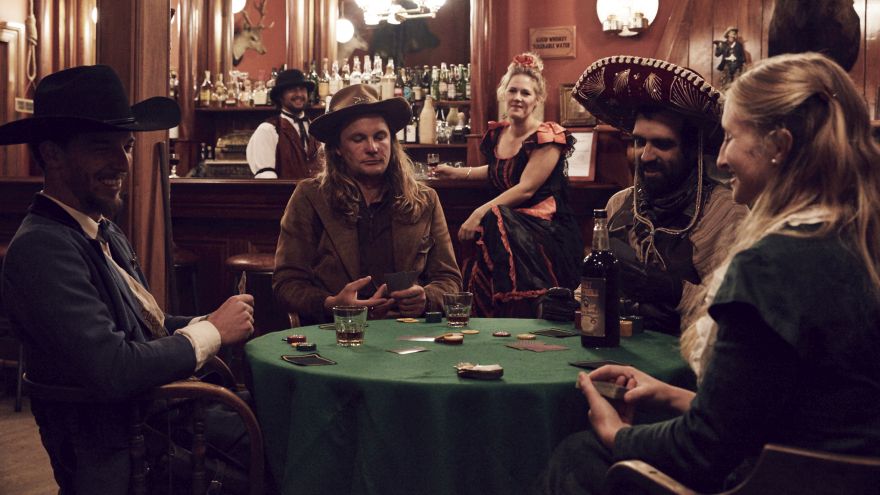 Finding hard facts about how many people play poker around the world is difficult but it is estimated that around a quarter of the world’s population gamble online. The online gambling industry is worth billions of dollars and this is expected to nearly double by 2023 and have a total revenue of more than $90 billion a year.

Some estimates put poker players around the world at about 100 million but the number could be far higher. Many friends play together, some people play on mobile phone apps, and some in traditional casinos.

One thing is for sure, poker is becoming more and more popular with all manner of people. It is a game that has moved from some of the seediest and most dangerous of venues to be a televised event.

How has poker evolved over the years, and where is it going next?

The beginning of poker

The most widely held belief of where poker originated from is that it came from the French game poque. French sailors brought the game into New Orleans in the 1800s as they arrived with their cargos and the game spread along the Mississippi.

By the mid-1800s, a standard 52 card deck was being used instead of the original 20 that poque demanded, and the rules were altered and the name anglicized to poker. During the 19th century, the game grew in popularity as the western frontier expanded and it was common for the game to be played for money.

The civil war and the great gold rush saw the game spread further and the wild west saw the arrival of all manner of players. The game became linked with cheating, hustling, gamblers, and violence.

Famous players such as Doc Holliday, Wild Bill Hickok, and Pat Garrett are forever linked with poker and the wild west saloons. But, it wasn’t just the men involved.

There are incredible stories about casinos and modern poker players but consider the females of the past. Poker Alice had a 40-year stint playing poker in the west, and Kitty Le Roy was well known for poker and for shooting husbands after she tired of them.

Gambling gets banned in the states

As the frontier and the wild west disappeared and the 20th century arrived, there were calls to end what was seen as the debauchery of those times. The temperance movement and other reformers called for alcohol and gambling to be prohibited.

In 1906, the first casino in the states had opened. Hotel Nevada opened on Fremont Street and is now known as the Golden Gate Casino. The casino still operates to this day but it had a very short start to life.

In 1910, nearly all gambling was banned in the United States, and by 1920, alcohol was prohibited too. However, many of the back rooms in Nevada continued to allow patrons to play casino games such as poker and they could drink whisky with no problems. In fact, it is said that when prohibition ended, many Fremont St regulars were surprised to find out that alcohol had previously been illegal.

The rise of Las Vegas

As laws in Nevada were changed, the Las Vegas that is known today started to take shape. In 1941 the El Rancho Vegas opened and the Strip would never look back. Characters such as Bugsy Siegel arrived with other members of the mob and the Vegas skyline started to be altered forever.

Casinos in Vegas now are dominated by super or mega-resorts. Gaming floors feature poker tables and for those individuals who prefer it, video poker is also available. Slot machines, blackjack, and craps are all available for players to enjoy.

As the decades rolled by, something new happened to the world; the internet. Today more than 60 percent of the world’s population has access to the internet, which means that nearly 5 billion people could potentially play poker online.

As web developers and investors found new uses for the internet, casinos started to realize the potential too. Nowadays, all the big land-based casinos have an online presence and big names such as MGM and Bally’s have an online casino.

Bookmakers also saw the potential and sports betting is available online through most casinos and high street names such as William Hill and Paddy Power. But, it is online poker that seems to have grabbed many people’s attention

The phenomenal growth and popularity of online poker seem astounding at first, but when you consider how many people play the game with friends, in casinos, or on computers, it is not so surprising that the internet has helped the game grow.

Florida still outlaws groups of friends playing poker if they are gambling more than $10 a hand. Other states outlaw gambling completely, so of course, if a website allows someone to play poker online, they will do it.

Where will poker go next?

The casino industry, gamblers, players, and anyone interested in poker, have always found ways to play. In India there are floating poker rooms in Goa to circumvent the law, when gambling was banned in the states, it moved into back rooms. When online poker was banned in 2010, companies moved off-shore.

Not only will poker survive, but it will also continue to be played in different ways according to the times. Poker tournaments are not only televised now but games are also streamed. Players stream casino games on YouTube and other platforms such as Twitch. As technology progresses, there will be many more ways to play poker.

Poker has gone from an imported French game to being the most popular card game in the world. Not only is poker forever linked with the wild west and Vegas, but it is intrinsically American.

It is still enjoyed amongst friends, in illegal gambling dens, in glamorous casinos, and online, all over the world. It is hard to imagine that it will ever disappear, but instead, just keep being played in different ways.