Do You Know Who Invented Slot Machines? 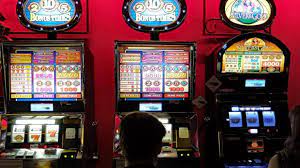 Modern slot machines dominate the gambling industry as the most popular casino game worldwide. Moreover, this trend has also spilt into the online gambling world, with countless variations available even on fast payout casinos to suit every gambler’s taste.

But do you know where it all began? Who invented the slot machine, and how did it become so popular? I want to take you back to the 19th century to credit the inventor of a game that changed the landscape of the gambling industry.

The Predecessor of Slot Machines

The predecessor of the modern slot machine was invented in 1891 and was actually based on poker. It was a super-simple game made of five drums and containing 50 card faces. It was first introduced in Brooklyn, New York, and became an instant success.

Soon after, this slot machine's predecessor spread all over the city. Players would bet on it just like a slot. They would have to put a nickel in and pull the lever, which would spin the drums, and the players would hope for the best possible combination.

Interestingly, this machine was so simple that it didn’t have any payout mechanism. So, the winning players would get paid based on how the bar decides. For instance, some combination would get you a beer, cigars, or anything other the house picks.

The problem with this was that there were so many possible card combinations that the technology of the time simply couldn’t support an advanced mechanism that would offer an automatic payout. Moreover, establishments offering these games could easily rearrange the cards to reduce the players’ winning chances.

Discovering the problem with the original poker-based game, a San Francisco mechanic and inventor Charles Fey devised a new automatic mechanism. There’s no precise information on when this happened, but it was between 1887 and 1895.

Instead of standard poker cards, this machine used only five symbols. These were spades, hearts, diamonds, horseshoes, and a Liberty Bell. He named the game after the latter symbol.

With five symbols and three reels instead of the previously-used five drums, the complexity was reduced, and Fey was able to introduce a working automatic payout mechanism. The most rewarding prize was ten nickels, reserved for those who line up three Liberty Bell symbols.

The Liberty Bell slot machine was an even bigger hit than its predecessor. So much so that it spawned an entire slots industry across the country. Even though his invention was banned in California soon after, Fey still had his hands full with orders.

The 1899 Liberty Bell slot that Charles Fey made is considered a piece of Americana and is currently part of the Nevada State Museum’s Fey Collection. At the start of the 20th century, other manufacturers started copying Fey’s invention. The first and probably the best-known copy of this was the Herbert Mills Liberty Bell slot.

Fey’s slot machine mechanisms were used until the early 60s when the slot machine manufacturer Bally introduced the first electromechanical slot. Over a decade later, in the mid-70s, the first video slot machine was invented. Players would come to Las Vegas from all over the world to enjoy these exciting and innovative games.

The next big breakthrough came a few decades after the first online casinos were established. With the Internet boom during the mid-90s, players could enjoy their favorite gambling games from the comfort of their homes.

Online casinos included classic gambling games like roulette and blackjack as well. But, online slots quickly became the most dominant game, just like in the land-based industry.

With so many different slot games available nowadays, we tend to take for granted all of the options. From simple and standard slots to progressive multi-million jackpot slot machines, there are endless options we can enjoy, both online and in brick-and-mortar casinos.

But, none of this would be possible without the inventive and engineering mind of Charles Fey. Over one century ago, his invention singlehandedly impacted the entire gambling industry worldwide. Even he probably couldn’t have imagined the influence his machine would have.

If you are up for trying some games, make sure to check our article about how to increase your odds of winning in online casinos.