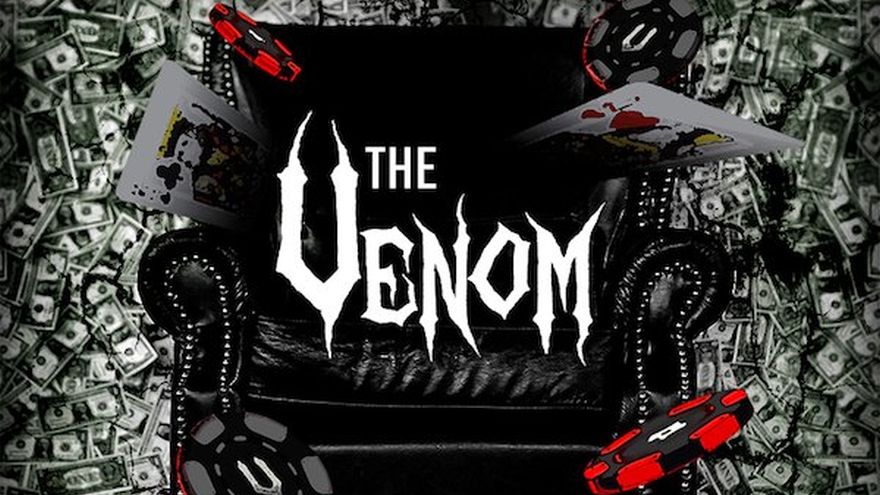 Venom Fever has kicked off on America’s CardRoom with the $5million GTD Venom PKO just two weeks away, players already grabbing their share of the $2650 buy-in seats to the biggest progressive knock-out tourney in online poker...

It’s the 5th edition of the Venom PKO and ACR have made it easier than ever to bag yourself a cheap seat at the big table, where there will be tens of thousands of dollars on the line for eliminating a single player!

Direct entry satellites began at the weekend, where it costs just $32 to compete for your PKO Main Event buy-in, with ACR promising 1000 seats for sattie winners.

If your bankroll is looking for something a little less expensive, you can find freerolls, Blitz satellites starting at just $0.11, and a full schedule of On Demand Step and Skip Tournaments as venom Fever grips the online community.

Shown in a little more detail:

There are 9 Venom PKO Blitz Step levels with buy-ins starting at just 11 cents.

Move up each level by amassing 5,000 chips. Complete them all and you’ve got yourself a $2,650 Venom PKO Ticket.

Note: You don’t have to start at the bottom, you can buy-in directly at any level along the way.

ACR’s On-Demand Steps give you a shot to parlay as little as $0 into a $2,650 seat by climbing the ladder, and you can buy-in at any price point tier along the way.

These tourneys are registering in the client 24/7 under the VENOM tab. As soon as the required minimum of players register, off you go on the road to Venom $million.

There are also Skip Tournaments that allow you to jump one or more of the steps on the road to winning a $2,650 Venom PKO seat.

Thursday October 20th is the official start day for the $5 Million Venom PKO opening flights, and if you want to buy-in directly you have a choice of four day 1s:

The previous edition of the Venom PKO back in May of this year saw the $5million guarantee smashed, with 2872 entries producing a monster $7.18million prizepool.

That was split into equal $3.59million halves, one chunk going to the main prizepool and the other to the Bounty payouts.

This month it could be YOU fighting for top honours in the $5million Venom PKO, so check out ACR’s Venom page here and good luck at the tables!