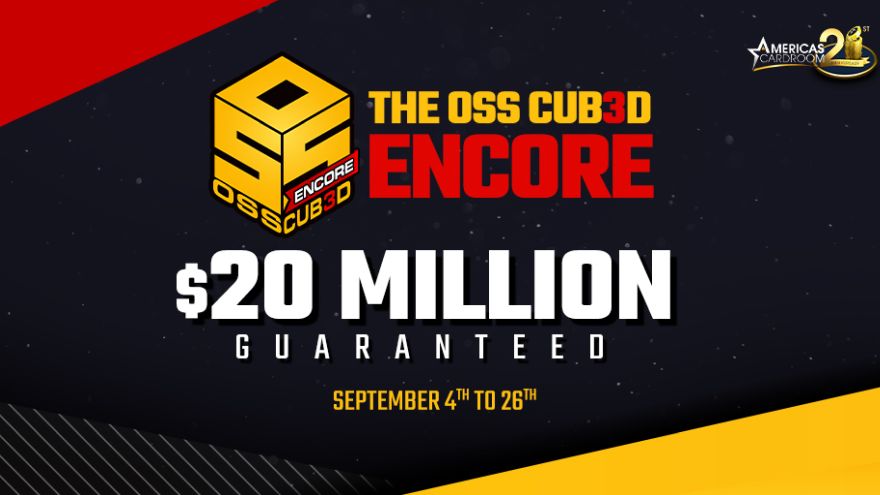 ACR is to run a OSS Cub3d Encore series following the massive success of last month’s edition. From September 4-26 another $20 million in guarantees will be on the table for players to win.

Chris Moneymaker, Team Pro for Americas Cardroom, said: "We're following up the very-popular $25 Million OSS Cub3d with one of our patented OSS Cub3d Encores. And it's all in the middle of our incredible 21st Anniversary Celebration, which is running May to October."

Rather than the usual three separate series we see in the OSS Cub3d — MOSS, OSS, and BOSS — the Encore will be a single standalone series but still have monster guarantees.

The OSS Cub3d is always an incredible series to play in. It is well-supported and there is always something for everyone to play over the few weeks. There will be the usual supply of satellite tournaments running around the clock offering the chance to slide into big events on the cheap.

Check out the full schedule here.