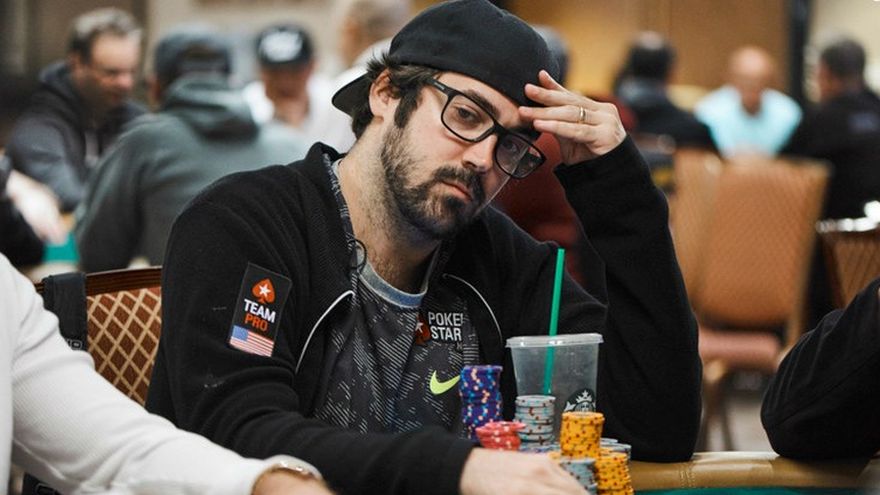 Despite boasting $18,566,368 in tournament winnings on the live scene, a quick look at Jason Mercier’s online cash game graph paints a vastly different picture, the Floridan more than $½million in the hole from his virtual poker ventures, which works out at a whopping $-6.12 average for every one of the 87,744 hands he has ever played on PokerStars under his ‘JasonMercier’ moniker. 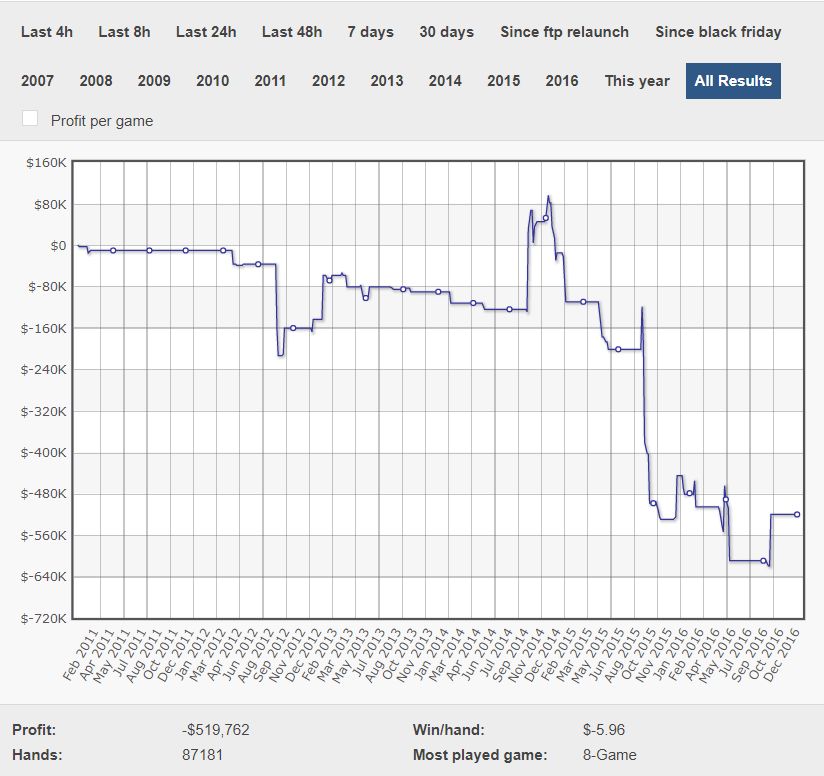 The 31-year old Floridian, who has 5 WSOP bracelets to his name in the live realm, started out online back in 2008, although little survives of his high-stakes games from that period except for his horrendous though thankfully short attempt under his other name ‘Treysfull’ on Full Tilt. 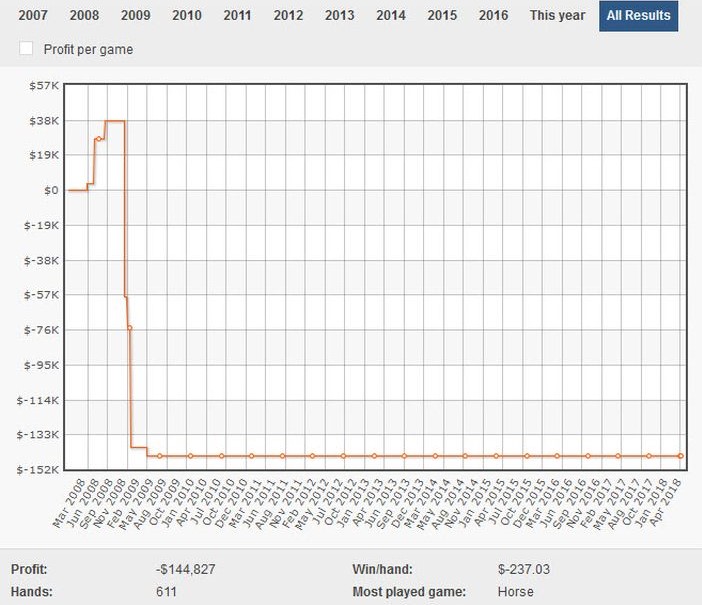 That first huge hole just happened to coincide with his first recorded live cash, a monster $1,372,893 for taking down the EPT San Remo Main Event, a victory which thrust him into the poker spotlight and perhaps gave him the idea that online poker would be just as successful. Just a few hundred highstakes hands later and Jason had been scared off completely, although he had by then burst through the $3million barrier in live cashes.

Fast forward to April 2012 and Mercier – by this time a PokerStars Team pro, an almost 9 year affair which ended only this year - would once again dip his toes into the world of online nosebleeds.

However, his favoured Mixed game play at $100/200 again saw a big crash followed by a revival a year or so later, but from January 2015 until September of 2016 it was a dismal time for the otherwise live crusher, $619,000 down and unable to fend off the top players at the highest stakes.

His cash game losses are also a stark contrast to his online MTT successes, $2,263,115 to date with a number of WCOOP and SCOOP titles along the way…

and of course his losses were nowhere near as horrendous as the likes of Gus Hansen and his $20million online crash and burn.

They did give Doug Polk an out when he saw fit to describe Mercier as ‘a bad reg’ a couple of years back - but Jason, with $20million+ in his back pocket, can probably live with that tag, although he’d be well-advised to stick to tournament play from now on.