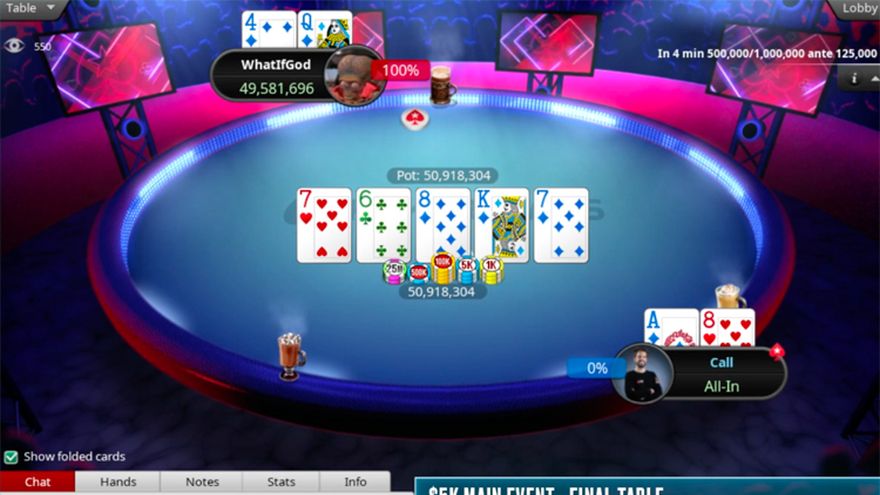 With the live action players were hoping to indulge in at EPT Prague suspended due to the pandemic, PokerStars quickly put together a substitute online EPT, and 402 players put up $5200 each for the Main Event.

That smashed the $1.5million guarantee and resulted in a stacked final table of nine playing for the big prizemoney up top, with the anonymous ‘WhatIfGod’ up against the likes of Daniel Dvoress, Benjamin "bencb789" Rolle, and Bruno Volkmann.

Two of the other contenders clashed early to give us the first KO of the final table...

Orpen “OrpTheTurk” Kisacikoglu was next to fall, outflopped by Dvoress, and he was followed to the rail by Rolle, who suffered in what was an exciting hand for the fans...

Down to just four, it was Daniel "Oxota" Dvoress who would miss out on a podium spot, his triple-barrel with top two raised on the river only to find out that Christian "WATnlos" Rudolph had turned the straight.

Rudolph bowed out in third when, relatively short-stacked, he ran his medium ace into the pocket tens of "WhatIfGod" and that left it heads-up.

The Swede stretched his lead and the final hand saw Colillas call from the big blind...

...and then check-call a two-thirds pot bet. The turn was checked back...

...but the river produced fireworks...

Colillas led out for just over half pot, and was met by an all-in shove. With 20BB behind, the former PSPC champ sank into thought, eventually emerging from the tank with a call and receiving the bad news that his opponent had rivered the flush.