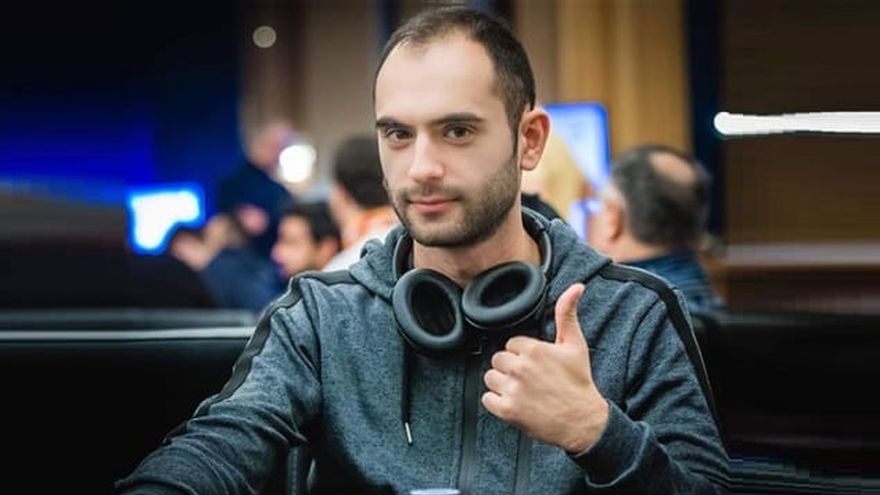 The World Series of Poker 2020 has a Main Event champion! Bulgarian Stoyan Madanzhiev scooped the monster $3,904,685 top prize last night, the biggest-ever online top prize in poker history and making him the proud owner of the most coveted gold bracelet in the game…

The $5k buy-in online version of the WSOP biggie took place on the GGPoker network, and 5802 entries had produced a massive $27,559,500 prizefund.

That ensured there would be four $millionaires made, and by the time the remaining 38 players returned for the third and final day’s play, they had locked up $38k, with $55k the next stop.

However, Rolle’s run ended in 11th spot, a $161,686 cash but two short of the final table, after running into Tyler Rueger’s pocket rockets…

Italy’s Mariano Martiradonna bubbled that final nine, and he was soon joined in the rail by USA duo Cornell and Taylor, meaning that the money was already close to $½million for the remaining seven.

Schillhabel and the German challenge ended at the hands of China’s Wenling Gao, his tens losing out to Gao’s big slick, and the only remaining female in the field was in it to win it.

Gao would also account for Kiwi Thomas Ward in 4th and then Rueger in 3rd, her kings toppling the New York-state man’s AQ, leaving her heads-up against Madanzhiev, fighting for the lion’s share of $6.65million.

The big dominating pairs that had helped her to the final showdown would finally spell her end, however, as she couldn’t give up on her aces…

Madanzhiev’s check-raise on the turn…

…was met by an incredible shove by Gao, close to 100BBs, which the Bulgarian naturally snapped off with an unbeatable straight.

That meant Madanzhiev had just scooped WSOP ME gold and $3,904,686, his winner’s reaction shared by GGPoker ambassador Daniel Negreanu…