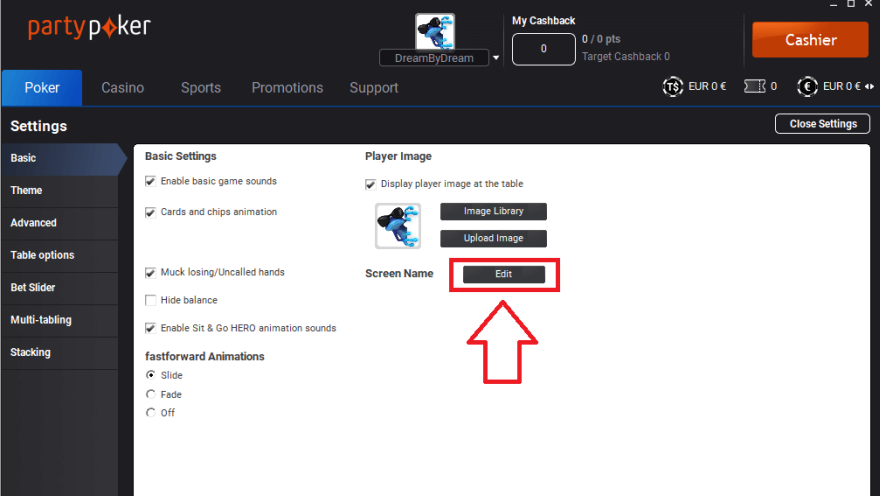 The drive to prevent predatory behaviour on partypoker is continuing with players being asked to change their screen-names. Almost two years ago we saw the same direction and last week players were prompted to change their virtual identity once again.

When online poker began to see dwindling traffic numbers, partypoker was one of the first platforms to react. A ban on tracking software was implemented, rendering attempts to use a HUD futile. By forcing players to change their screen-name this goes even further to protect recreational players from being exploited by those who use a plethora of tools to gain every edge possible.

This strategy doesn’t go as far as making the games totally anonymous, as seen on other sites. There is still that feeling of building up history with a frequent rival, it’s just that this dynamic must be reset every now and then.

“At partypoker, we remain committed to our promise to keep the game fair and safe for all our players and asking players to change their aliases is one of the important measures that will help us do this.”

“I also want to thank all the players who proactively report the new players’ tracking and game aid tools that appear on the market every now and then to our Game Integrity Team. Your proactive support means a lot to us and shows that we are doing the right thing.”

It is now clear that partypoker is pulling out all of the stops to create a playing field as level as possible. The My Game section was updated to allow players to download their hands for further analysis, placating those who were not in favour of the HUD ban but remained partypoker users.

The company also continues its fight against those who use real-time assistance during play. Bot users are instantly banned with their balances confiscated.

There is still a mixture of policies across the major online poker platforms right now. PokerStars insisted on slight adjustments to third-party software programmers, while 888 looks to allow any mainstream software add-on. Unibet, on the other hand, allows nothing and gives players the option of unlimited screen-name changes. For now it isn’t clear if one direction will win out over the other in the long run.