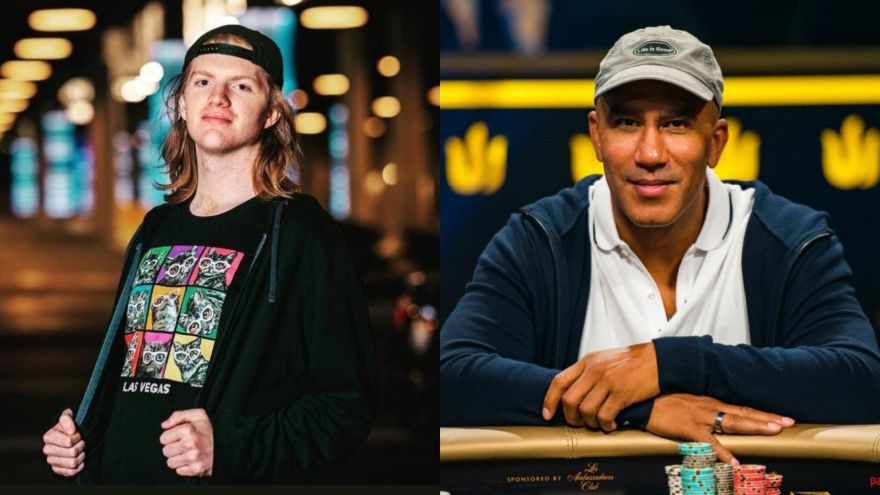 The hotly-anticipated highstakes heads-up nettle between multi-millionaire poker amateur, Bill Perkins, and new kid on the block, Landon Tice, got underway last night and it was Tice who took the first session, booking an $18,000 win...

For those who haven’t been following the big news, the pair have been planning their match for quite some time, and you can read all the rules and regs of their matchup below...

There is a ton more money at stake both on and off the virtual felt, Tice and Perkins both looking for more action in the run-up to the kick-off yesterday.

...although Perkins shared a story that showed he wasn’t all business: “So @LandonTice Dad put a 5k bet on his son to win the challenge. I'm so conflicted about that , that I'm deciding to give his dad a freeroll. I can't have bad juju in my soul.”

Yesterday’s opening session saw Perkins flying out of the blocks, bullying the younger pro and building up a big lead after that monster pot seen in the opening tweet.

Tice tweeted his thoughts afterwards: “Day 1 of ?: Won 18k. Was up around 100k, and tried to call the Ace high for it all and he had the effective nuts. 623/20k hands. Definitely a swingy session for sure but a LOT of fun.”

With plenty more action to come, and the legendary Chris Moneymaker in the commentary booth, you can follow the match here.