England’s Jack Hardcastle scooped the biggest score of his career 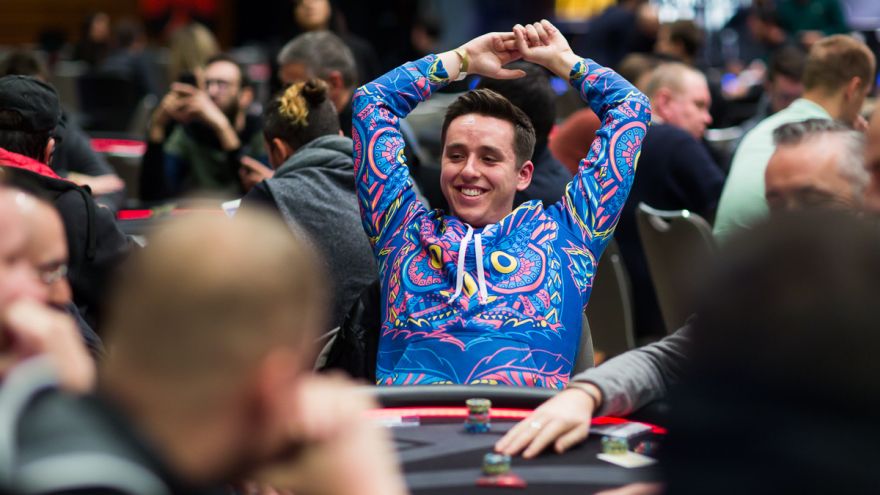 England’s Jack Hardcastle scooped the biggest score of his career yesterday when he took down the WPT Montreal Main Event on partypoker, the win worth $447,859 and a spot in the exclusive WPT Champions Club…

The $3200 buy-in tournament attracted an amusing 888 entries on partypoker, with the $2million guarantee blown away after a pair of huge days ones on the preceding two Sundays.

The Southsea pro made it to day four and the final table by the skin of his teeth, somehow snagging an eight when his middling pocket pair was up against both kings and jacks towards the end of the third day’s play.

The final table had some well-known names vying for the title, with Dan Shak chief among them, and WSOP Covid-boy Upeshka de Silva also in the mix.

Unfortunately for De Silva, it was to be another cruel 9th place finish, this time a horrible bad beat sending him to the rails…

One of the biggest stories of the final table was the deep run of Austria’s Felix Daniel Schulze, having qualified via a $22 satellite. Schulze eventually fell in 5th to a cruel river, but left with $139,164 as compensation, a massive ROI.

Down to three, and it was Shak who would take WPT Montreal bronze, losing out to Hardcastle but pocketing $212,459 to add to almost $11million in lifetime tournament cashes.

Heads-up, Hardcastle was up against Rayan Chamas, holding a 2-1 chip lead. Again it was a river 8 that would come to the Englishman’s rescue, though this time it was more a closing out than desperation.

Having check-called through to the river, Hardcastle had hit two pair and called Chamas’ triple barrel bluff, giving him the WPT Montreal title.