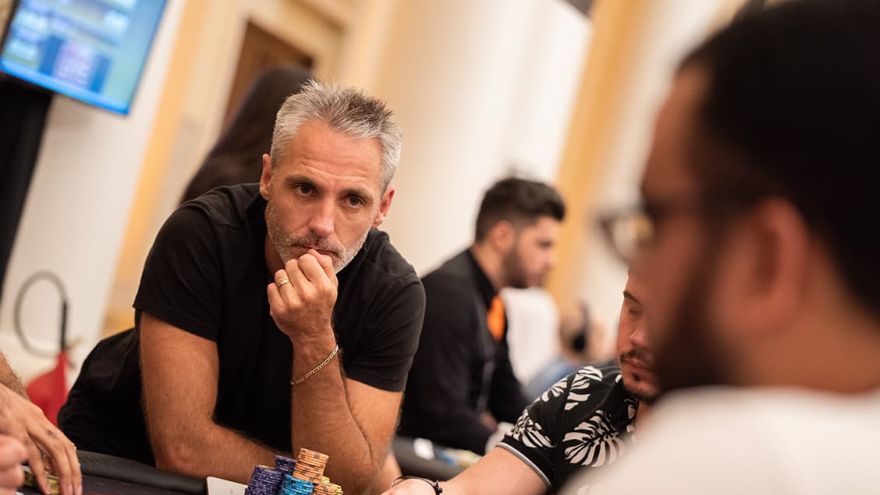 Damian Salas has scooped the GGPoker version of the World Series of Poker $10k Main Event, the Argentine pro seeing off close neighbour Bruno Botteon of Brazil heads-up to secure the top prize of $1,550,969 – and a Las Vegas showdown with whoever wins the WSOP.com leg!

Eight players had travelled to Leon Tsoukernik’s poker island in Rozvadov, his Kings Casino playing host to a live final table after 674 players had been whittled down to just nine from GGPoker online play.

That nine was reduced further when China's Peiyuan Sun decided against travelling, and settled for the $75,360 for a 9th place finish. That left the remaining octet with a 6-figure payday secured, but with the top two spots paying over $1million each there was much more on the line.

It wouldn’t be Austria’s Hannes Speiser lifting the trophy aloft, falling in 8th spot when he ran his Q 10 into Salas holding pocket tens, while Bulgaria’s Stoyan Obreshkov also fell foul of the Argentinian to exit in 7th place.

Lithuania’s Dominykas Mikolaitis had to settle for 6th spot and $234,255 when he lost a race against Ruivo and then Switzerland’s Marco Streda fell against Ruivo courtesy of this nasty cooler…

The payouts had now crept up to $½million, and Spain’s Ramon Miquel Munoz would go the way of Mikolaitis, watching in horror as a race was all but ended on the flop when Botteon’s pocket 3’s turned into a set. Munoz’s $498,947 cash would have softened the blow considerably.

Next to go was Ruivo, after the flop set up an almost inevitable showdown…

Heads-up play saw Salas dominate his Brazilian opponent, the Argentinian player unfazed by the situation having already been at a live WSOP Main Event final table, finishing 7th back in 2017 when Scott Blumstein triumphed.

This time he would be lifting the trophy, the final hand seeing the river decide matters, a busted flush draw running into top two…

…and Salas had won the 2020 GGPoker version of the WSOP $10k Main Event, a $1,550,969 payday to go with the trophy and a heads-up showdown in Las Vegas against an opponent yet to be decided in the upcoming WSOP.com final table.