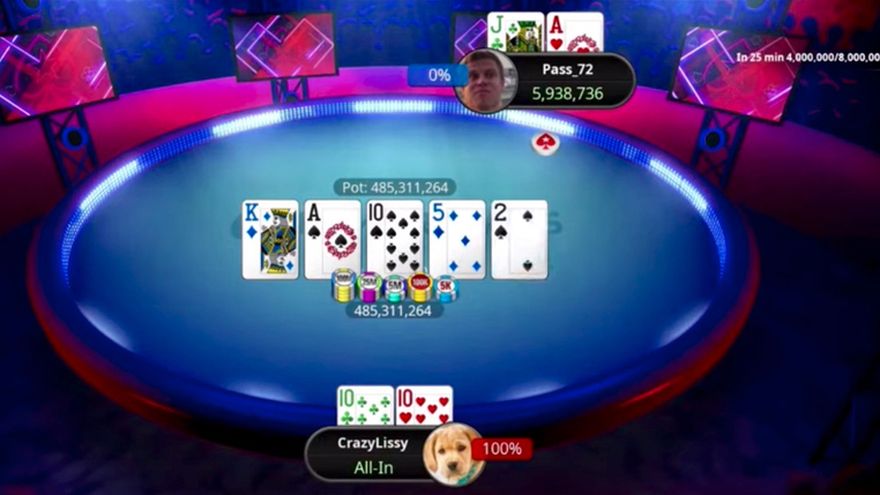 By the time they reached the fourth and final day’s play, that field had been whittled down to just nine contenders, all guaranteed a payday just a few $ short of $100k, with their sights set on the two 7-figure sums up top for reaching heads-up.

Australian pro Stevan ‘random_chu’ Chew held the chip lead coming into the final table, and he accounted for one of the anonymous contenders when his pocket kings KO’d ‘necgaidziai’ in 8th spot, Tyler ‘Juicy_J_93’ Jardine having already departed in 9th.

Loeliger’s short stack was next to fall, followed by Markus ‘playboy99999’ Prinz in 6th, the money by now extremely serious, Prinz pocketing more than $¼million.

After Marco ‘marcozevola5’ Zevola hit the rail in 5th there was a clash of the anonymous players, CrazyLissy open shoving blind on blind and receiving a call from his Romanian opponent...

That left just 3 players and a guaranteed $¾million plus pocket change and it was Chu who would fall in 3rd spot, a small blind shove of 25BBs with pocket fives backfiring when Lefrancois woke up with eights, another on the flop securing the Australians bustout.

Heads-up between Lefrancois and the faceless Russian had a $430k difference in payouts looming, and it was almost all over for the Canadian after the following big hand...

Lefrancois’ final chips went in next hand and a flopped jack meant the 2021 WCOOP Main Event title was heading to Russia, CrazyLissy taking the $1.5million winner’s cash with it, Lefrancois having to settle for a huge runner-up payout of $1,069,210.