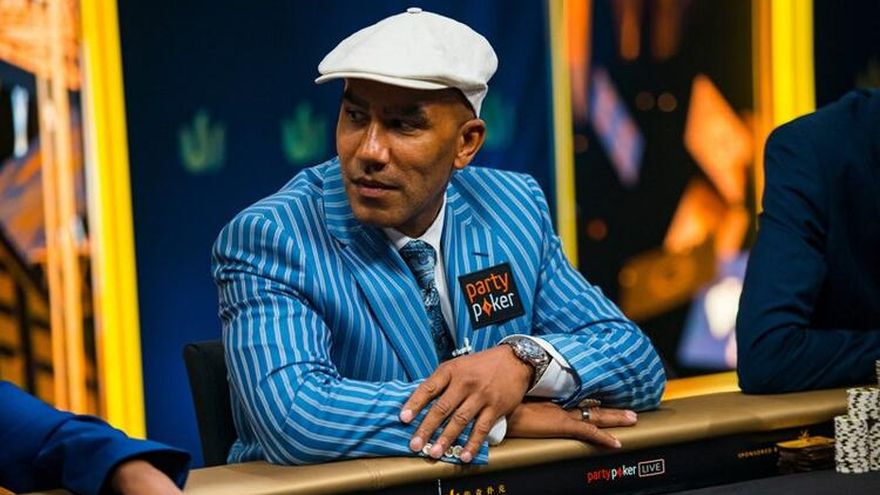 Landon Tice found out that Bill Perkins has some serious bite to his game yesterday, the young pro taking an $80k hit from the multi-millionaire amateur poker fanatic in session two of their highstakes heads-up battle on Americas CardRoom...

The pair kicked off their duel on Wednesday and Tice had to fight back from a $130k hole to book an $18k session win but yesterday saw a reverse of that story.

Tice, playing under his ACR nickname AbsoluteGO, took an early lead in the $200/$400 game, knowing every time he sits down that he needs to overturn the $720,000 headstart he gave Perkins – playing under his famous online moniker of gastrader.

Those 9bb/100 odds that Perkins secured - effectively an 18-stack lead – may not be insurmountable, but they’ll look better and better every time Perkins avoids a big loss, or like yesterday books a sweet win.

Tice grabbed an early lead, but Perkins fought back well and by the time they’d finished a short-ish session of almost 300 hands he had taken $79,791 from his young opponent.

A chunk of that came from this incredible snap-call, which had the commentators – ACR pros Drew Gonzalez and Jon Pardy – jumping out of their seats!

...but the hand of the day, or even the year so far, has to be the following brutal affair...how can the perfect bluffing spot go so wrong?

With huge bets and sidebets coming in from all corners, Perkins day two win had Fedor Holz looking for action, evidently either impressed by Bill so far or unimpressed with Tice’s chances of overturning that huge deficit – effectively $800k already.

Tice versus Perkins – the lowdown