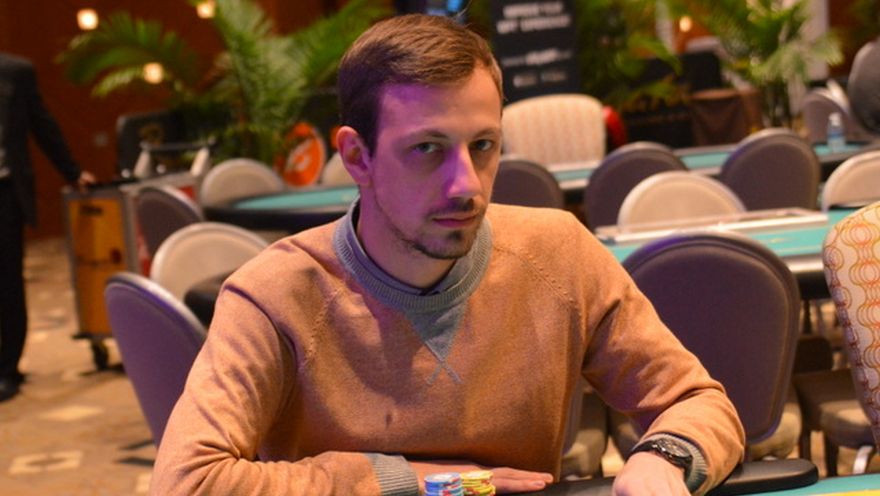 Russian pro Alexei Vandyshev emerged victorious from the final table of the 2021 WSOP Online Main Event, grabbing the first gold bracelet of his career and a monster $2,543,073 payday in the process...

The initial 4092 entries had been whittled down to just nine, the final table set earlier this month, then reconvened almost a week later on Saturday 11th September, with Brazilian player Edson “CrownUpTsu” Tsutsumi Jr holding the chip lead, closely followed by Vandyshev, playing as “Ha KojIeHu”, and Joe “assisup4rent” Serock.
.

It was Serock who accounted for the first elimination at the final table, his pocket sixes holding up to send Dimitrios Farmakoulis and his big slick to the rail, the Greek player pocketing a huge $254,308 return on his $5k buy-in.
Vandyshev then despatched Poland’s Dawid Smolka and then Renan “legal” Meneguetti fell at the hands of compatriot Tsutsumi Jr, leaving six players.

Espen “COVFEFE-19” Jorstad looked good for doubling up when he flopped a set of kings, but the turn gave Nikita “VSMPZD” Kuznetsov a straight and the river bricked, sending the popular Norwegian streamer out in 6th spot, his $603,058 payout the biggest-ever won while streaming on TwitchTV.

Serock fell in 5th place, big slick coming back to haunt him against Tsutsumi Jr and then the sole female at the final table, Christine “Yunaa” Do, bagged the first 7-figure cash of the event, her 4th place run worth $1,072,405.

The podium spots still had to be decided, and it was Kuznetsov who would pick up “bronze”, Tsutsumi Jr overcoming the Russian’s bigger ace to set himself a heads-up battle with Vandyshev.

Vandyshev pulled back from a 2:1 chip deficit and eventually took the lead, the final hand deciding the fate of the 2021 WSOP Online Main Event title...