McEachern bested 181 other players in the 50-and-over tournament to claim his first WSOP Circuit ring and a $15,008 prize 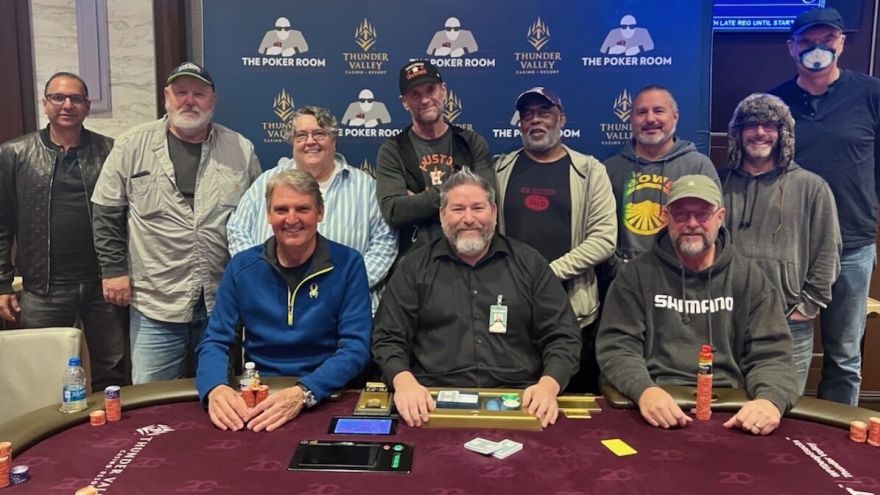 Lon McEachern, a well-known commentator for the World Series of Poker (WSOP), took his turn at the tables on and emerged victorious in the $400 Seniors event at the ongoing WSOP Circuit stop at Thunder Valley Casino Resort, near Sacramento. McEachern bested 181 other players in the 50-and-over tournament to claim his first WSOP Circuit ring and a $15,008 prize.

This win marks McEachern's largest career cash, surpassing an $11,598 score he achieved in another WSOP Circuit event a decade ago. It also gives him bragging rights over his friend and long-time broadcast partner, Norman Chad.

Both McEachern and Chad are occasional tournament players, with Chad often participating in larger and higher buy-in events at the WSOP, while McEachern typically plays in WSOP Circuit events and small daily tournaments near his home in Northern California.

McEachern, who is a reg at the popular Lincoln, CA venue, Thunder Valley Casino Resort, started at the middle of the pack but quickly moved to the top of the leaderboard. He doubled up early in the final, but then gave up a double himself, yet still managed to survive and make it to heads-up play against runner-up Calvin Norman.

Norman held a 3:2 chip lead at the start of the heads-up play, but McEachern quickly took the lead and eventually won on a final hand of Ace-8 all-in versus Ace-4.

In his post-game interview, McEachern bragged about getting a ring before Chad, stating:

"Norman Chad doesn’t have one of these. That’s all I need to say. The tables were great. The senior event is such a great atmosphere.”

This win also earned McEachern a seat in next summer's WSOP Tournament of Champions, where he will have the chance to win an even larger prize. This victory is a true testament to McEachern's poker skills and shows that he is not just a commentator, but also a player to be reckoned with.