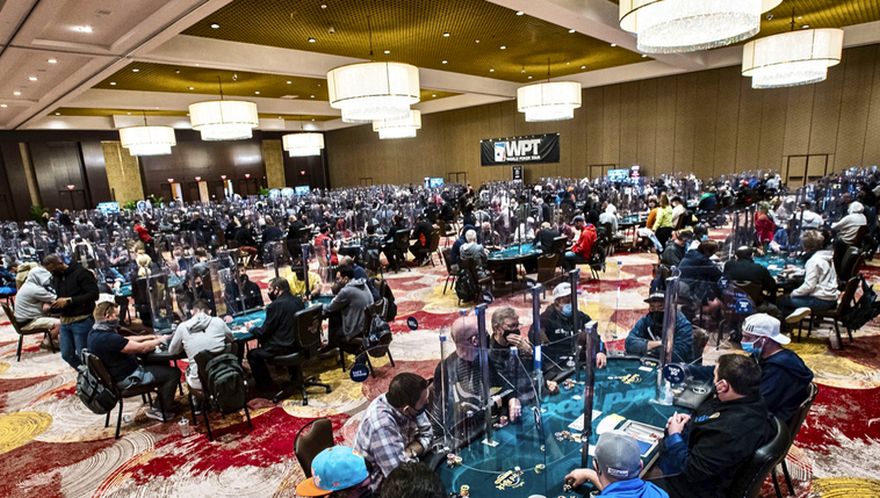 The record for biggest-ever WPT Main Event was smashed this week, with the 2021 World Poker Tour Seminole Hard Rock Poker Showdown pulling in a whopping 2,482 entries, almost 700 more than the previous best.

The $3500 buy-in No Limit Hold’em tournament also saw its $2million guarantee blown to smithereens by the time it started day 1a – a total prizepool of $7,942,400 by the end of the 2nd and final starting flight.

The previous biggest WPT ME was back in 2014, with 1,795 entries, again at the Seminole Hard Rock, with the Hollywood, California cardroom now boasting 4 of the 5 biggest WPT turnouts for Main events. This week’s effort even broke the venue’s own record, the 2013 SHRPO $10million GTD event.

This week’s ME led to another event on the schedule being cancelled in order to accommodate the monster turnout, and the phenomenal number of entries has produced a top prize of $1,261,095, with the likes of Michael Wang, Sam Panzica and Tony Dunst all still in the mix and the money.

Those not quite so fortunate included star names such as Kristen Bicknell, Vanessa Kade, and Kathy Liebert, all falling short of the money on day two.

When the final table is reached tomorrow (Tuesday 27th), the tournament will pause and the remaining six players will reconvene in Vegas on May 18th at the PokerGo Studio.