The WPT has announced their 20th Anniversary stops for the first half of 2022, with tournaments all over the USA, as well as in Amsterdam and Sydney, and even an online celebratory event 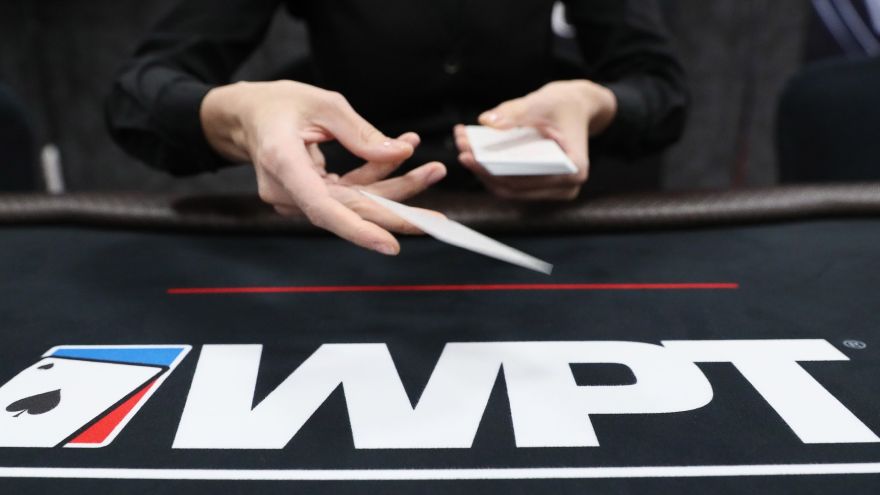 The World Poker Tour has announced their 20th Anniversary stops for the first half of 2022, with tournaments all over the USA, as well as in Amsterdam and Sydney, and even an online celebratory event.

The Lucky Hearts Poker Open kicked off a few days ago at the Seminole Hard Rock Hotel & Casino Hollywood in Florida, with players gearing up for the Championship event, which boasts a $2million guarantee.

“We could not be happier to be launching our historic 20th anniversary with an amazing partner in Seminole Hard Rock Hotel & Casino Hollywood,” said Adam Pliska, WPT CEO. “We have a number of special initiatives planned for the rest of the year to give the poker community amazing ways to celebrate with us.”

The 2022 festivities then continue with the WPT Spring Festival, sponsored by Poker King and running from January 27th to February 7th.

After that it back to Hollywood, Florida for the SHR Poker Showdown in April, with the $3,500 buy-in event. Last year’s running broke the live WPT record when 2,482 entries produced a $7,942,400 prize pool. Brek Schutten emerged victorious from the huge field to pocket $1,261,095 and see his name etched onto the Mike Sexton WPT Champions Cup.

Then it’s off to Durant, Oklahoma and the Choctaw Casino Resort – described as a “staple” of the WPT and now in its seventh year.

Last year’s version was another to completely smash the guarantees, and both WPT Choctaw and the WPT Seminole Hard Rock Poker Showdown will have their final tables filmed for broadcast at the HyperX Esports Arena at the Luxor Hotel & Casino in Las Vegas, NV on May 25th and 26th.


Amsterdam and Sydney on the schedule

The WPT Deepstacks also has plenty in store for the 20th Anniversary, with WPTDeepStacks Amsterdam first up at the Holland Casino from March 25th to April 2nd.

The WPTDeepStacks Main Event buy-in is €1,100 and last time the WPT visited the Dutch city of museums and canals, Cyprus’ Christos Economides scooped the €75,760 ($93,494) top prize.

Next up – or rather crisscrossing the Amsterdam stop – is Sydney, Australia with the WPTDeepStacks Sydney being held at The Star casino in Sydney from March 30th to April 11th, an AUD $1,500 buy-in Main Event on the schedule.

The final event of the season to be announced so far sees the WPT roadshow return stateside for WPTDeepStacks Thunder Valley at the Thunder Valley Casino and Resort in Lincoln, California. Running from April 19th to May 1st, it stars a flagship $1,500 buy-in Main Event.

That’s already a busy season 20 for the World Poker tour and here at HighstakesDB we will be bringing you all the best of the results and action, so watch this space!