With a $250,000 buy-in, the SHRB Europe Main Event was the highlight of the highroller series played at the Merit Royal Hotel & Casino in Cyprus 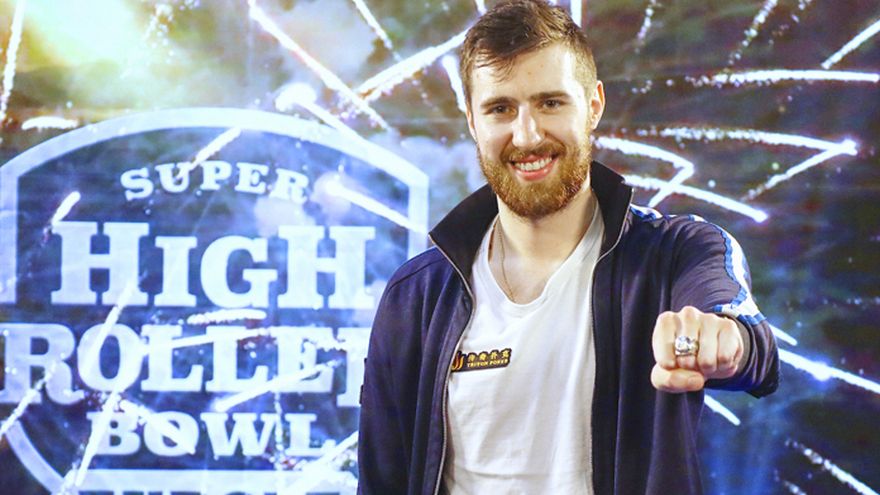 With a $250,000 buy-in, the SHRB Europe Main Event was the highlight of the highroller series played at the Merit Royal Hotel & Casino in Cyprus.

Canadian Adams was looking to bag a unique hat-trick, having scooped the SHRB Australia and the SHRB Russia titles for a combined $5million+.

Others who made it through a gruelling and expensive first couple of days were Russia’s Viacheslav Buldygin and 20-year-old US pro, Zhuang Ruan, who isn’t even old enough to play live in his home country.

That didn’t prevent the youngster from mixing it with the world’s best in Annette Obrestad fashion, having burst through the poker world from playing $1NL to the highest stakes cash and tournaments in just 5 years.

Reaching the official final table still wasn’t a guarantee of a payday, though, as only six of the remaining eight players would cash, and late on day two both Michael Addamo and then Ali Imsirovic would fall, the latter bubbling perhaps needlessly and in expensive style after a pre-flop raising war saw him all-in and called...

That secured a minimum cash of $512,500 for the remaining six who returned for day 3 in the hope of bagging a $million+ payday, the top 4 all guaranteed 7-figures.

Buldygin wouldn’t be one of them, departing first when he ran into Ivan Leow’s flopped top pair, and the Russian was joined on the rail by David Peters who lost a race, also to Leow.

Adams’ hopes of that hattrick disappeared when he ran into Malinowski’s pocket rockets, and then that self-same hand blew up in Zhang’s face as Leow hit a straight on the river.

That left just two men fighting for SHRB Europe glory, Malinowski and Leow, with the Malaysian holding a small chip advantage. What followed was a marathon heads-up battle that went several hours without a single all-in!

The two players played small-ball poker, swapping the lead to and from countless times and nipping off for occasional smoke breaks together during the lengthy fight – very friendly considering the $1.23 million difference between 1st and 2nd spots.

Something had to give, however, and the crucial hand saw Malinowski raise with big slick only for Leow to shove, and get instacalled...

That left Leow on fumes and the game was up just shortly afterwards, Malinowski lifting the trophy and the $3,690,000, telling reporters: "It was a hell of a lot of fun. The final table took two hours and then we played heads-up for five more.

"I haven't played very well, and then I got ace-king. It was a great tournament. It's good to have live poker back, so I'm looking forward to more action!"