Canadian pro Veerab Zakarian has scooped the WPT Borgata Winter Poker Open title, taking the trophy and $674,840 almost a year and a half after the event started 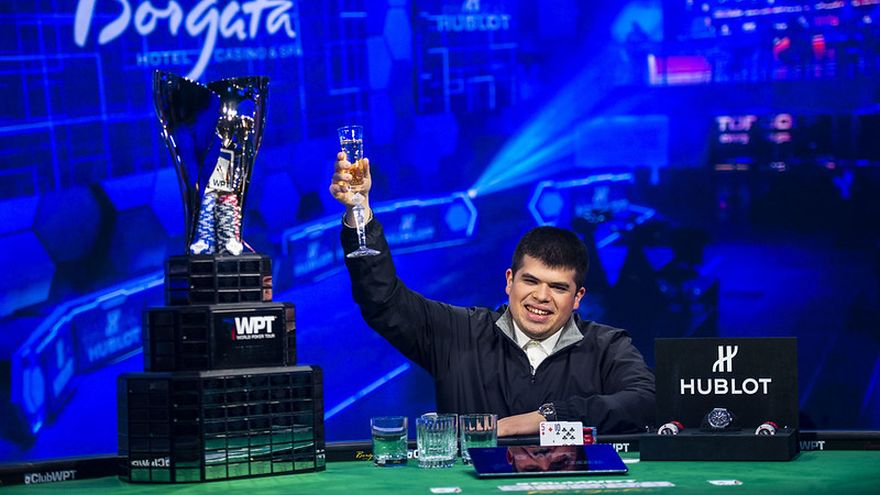 Canadian pro Veerab Zakarian has scooped the WPT Borgata Winter Poker Open title, taking the trophy and $674,840 almost a year and a half after the event started, and more than doubling his lifetime tournament earnings in the process...

The $3500 buy-in tournament was among those hit by the global coronavirus pandemic, plans to play out the final table in Las Vegas thwarted by the lockdown that ensued.

Finally able to finish off what had been started with 1290 runners in Atlantic City last January, Zakarian brought the biggest stack to the final table of six.

Due to be held at the HyperX Esports Arena in the Luxor in Las Vegas, restrictions and circumstances saw the sextet battling it out in the PokerGO Studio instead.

The biggest name at the final table was undoubtedly Brian Altman, the Boston pro having already secured the WPT Player of the Year title and looking for a win that would see him burst through the $5million barrier and a 3rd WPT title.

It was Andrew Hanna who bust first, a $143,264 payday after his pocket deuces ran into Zakarian’s tens and a flopped set, with Bin Weng following him to the exit in another pocket pair battle - kings full of eights winning out over nines full.

That left just four, and they were also chasing an extra $15k up top, the winner usually receiving a seat of that value to the WPT Tournament of Champions. With that event cancelled this year due to Covid-19, the $15 was thrown into the 1st place kitty.

Zakarian flopped a set again to outgun Nathan Russler, the Jackson, Michigan player taking $248,913 for an excellent run, and then it was the turn of Altman to depart.

His dreams of WPT title number three ended when he called Zakarian’s river shove only to see the bad and unexpected news....

That left Zakarian and James Anderson heads-up for the title, a share of more than $1.1million, and the beautiful Hublot trophy.

A cagey and rather ding-dong battle ensued, but after two hours Zakarian landed a crushing blow, leaving his opponent with a single chip to go with his chair after attempting a bluff too far...

Anderson’s 4-bet shove was called off and the run out didn’t help Anderson...

There was to be no miraculous comeback for Anderson, and although he doubled up a few times it ultimately wasn’t enough, a second runner-up Borgata Winter Poker Open finish for the Pittsburgh-born pro.

Veerab Zakarian was crowned champion, raising aloft the coveted WPT trophy and pocketing $674,840 for a well-earned if delayed victory.