The New Yorker topped a field of 1,075 players that included many of poker's biggest stars, generating a massive $10,093,314 prize pool 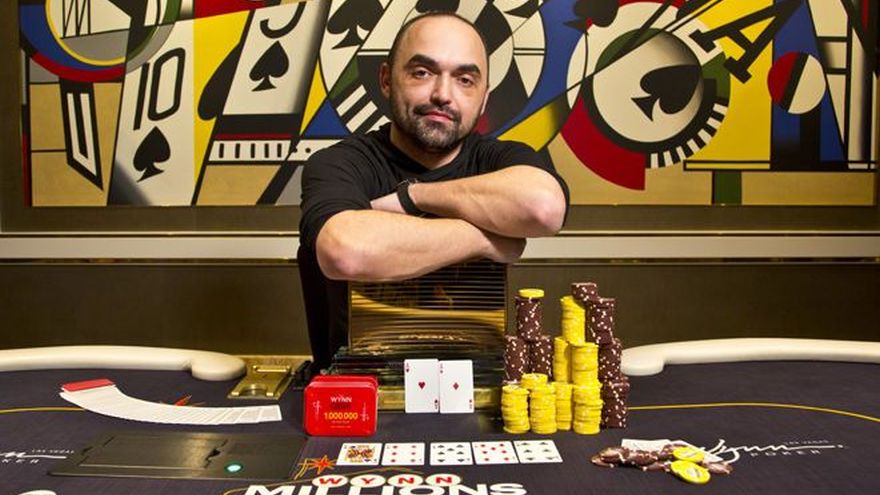 Tony Sinishtaj has taken down the Wynn Millions Main Event for $1,655,952 and will take home the Wynn golden trophy. The New Yorker topped a field of 1,075 players that included many of poker's biggest stars, generating a massive $10,093,314 prize pool.

This prize also sees Sinishtaj break Andrew Moreno’s 2021 record of $1,460,105 for the biggest cash in a single event at the Wynn Casino.

As the action headed to the final table, it was Vanessa Kade in pole position as chip leader. It was a day that looked to be going well for the Canadian, but shortly after Tony Sinishtaj found himself with the big stack the pair clashed and it all went wrong for Kade even further after calling off a big pot with pocket aces against his flush.

The heads-up stage was over almost as soon as it started, even though Sinishtaj and Isaac Kempton both held deep stacks. A four bet pot saw the action go the the flop and Sinishtaj check-called his opponent down with pocket aces to beat the jacks of Kempton.

After taking down the title and pocketing a nice chunk of change, Sinishtaj later said:

“We were pretty deep. He opened, I three-bet, and then when he four-bets I’m going to just call there. If I shove, maybe he could get away from some big hands. Coming in I had a bad seat with the chip leaders to my left, so I played tight and kind of tried to ladder, play tighter than normal. But then once I got the chip lead, I kind of tried to switch it around on them a little bit.”