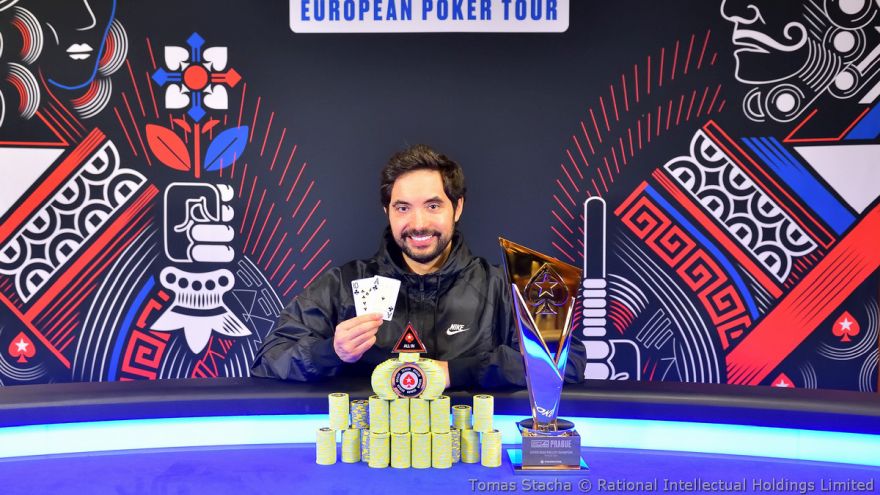 There has been plenty of highstakes action at PokerStars’ EPT Prague this past week, and Canadian crusher Timothy Adams came out top of the pile in the €50k buy-in Super High Roller, adding €742,200 ($815,811) to his already impressive $25million+ lifetime live tournament earnings.

Adams was one of 45 entries who started out on day 1, with six due to make the money and a stellar field that included US highstakes pros Nick Petrangelo and Chris Brewer and Turkey’s Orpen Kiscikoglu.

“OrptheTurk” as he is known on Twitter was likely the fan favourite as he had promised to match donations up to €10k for the Ukraine humanitarian crisis, and give even more if he managed to land a huge score.

I am matching donations up to 10.000 euros to support those affected by the conflict in Ukraine. If I cash for over 100.000 euros during @Pokerstars EPT Prague, I am going to triple donations. Please show your support.https://t.co/cXg3v7YlkM

A final table spot did exactly that, and when Brazil’s Yuri Dzivielevski fell in 6th place for €152,810, the remaining five players had a night’ rest before returning to divvy up just over €2million in prizemoney.

Spain’s Adrian Mateos came in as chip leader, but a remarkable session that saw a dozen double-ups put paid to his chances, losing a couple of hands with low-to-middling aces against monster hands as his aggressive play backfired.

"Always a sweat," was Petrangelo’s comment and Mateos exited shortly afterwards with a similar hand.

Down to just four, and it was Brewer’s turn to hit the rail next, losing out to Adams’ flush, and Petrangelo couldn’t improve on 3rd spot despite the chips flying back and forward between the players.

Heads-up play began with Adams holding a more than 2:1 chip lead and the end didn’t take long to arrive, Kisacikoglu resting his hopes on a suited king, but quickly getting the bad news...

Afterwards, Adams described his final table opponents as “world-class players”, telling PokerNews live reporters that the EPT was an enjoyable return to some sort of normality: “I was very happy to see a bunch of familiar faces. The whole vibe is quite joyous and people are happy to be back."