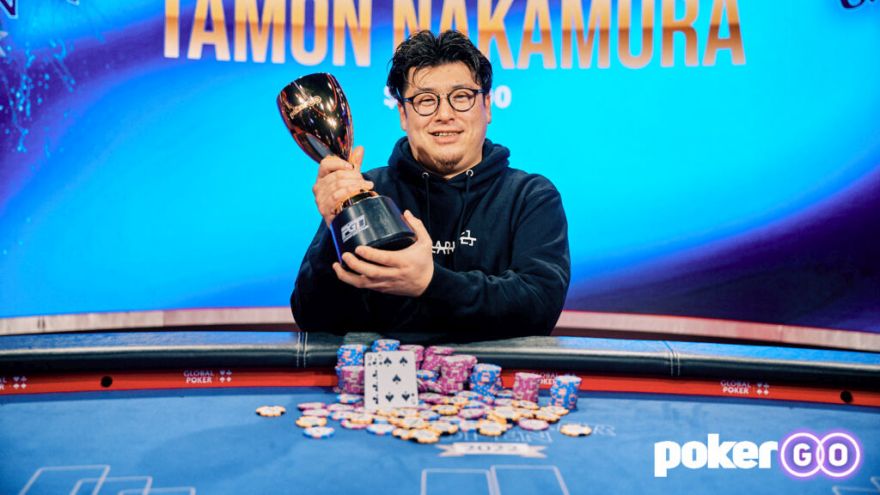 Japan’s Tamon Nakamura took down the 4th event of twelve at the US Poker Open, fending off the final table challenge of Daniel Negreanu and Stephen Chidwick to bag the $169,600 top prize...

With eight spots due to be paid, first order of the day was to make the money, and there were a number of big names who couldn’t manage that – Phil Hellmuth, Ryan Riess, Scott Seiver and Ali Imsirovic among them.

Cary Katz, PokerGO founder and the man behind the current PokerGO Tour (PGT) that has gripped the highroller crew this past couple of years, was the unfortunate bubble-boy this time.

Katz fell when his jacks ran into Negreanu’s queens, the remaining octet sewing up $21,200, and when PokerGO Cup winner Jeremey Ausmus and Alex Livingston busted, we had our final table of six.

Day two dawned with Daniel Negreanu holding the chip lead and seeing off John Riordan in 6th spot, and then Nakamura won a No Limit Hold’em race to bust Dylan Weisman in 5th...

The Japanese pro then felled England’s number one, Stephen Chidwick, in a hand of No-Limit 2-7 Single Draw and Negreanu’s hopes of a title win were dashed when he fell to Gostisa in the same format.

Heads-up saw Nakamura with a 2:1 chip lead, and that edge may have swayed his decision to call off a brave river bluff by Gostisa, several time-bank chips thrown in before the title-winning call...

With four events of the 12 US Poker Open tournaments now completed, Shannon Shorr still holds a commanding lead in the overall race , with yesterday’s podium finishers Gostisa, Nakamura and Negreanu well in the mix.