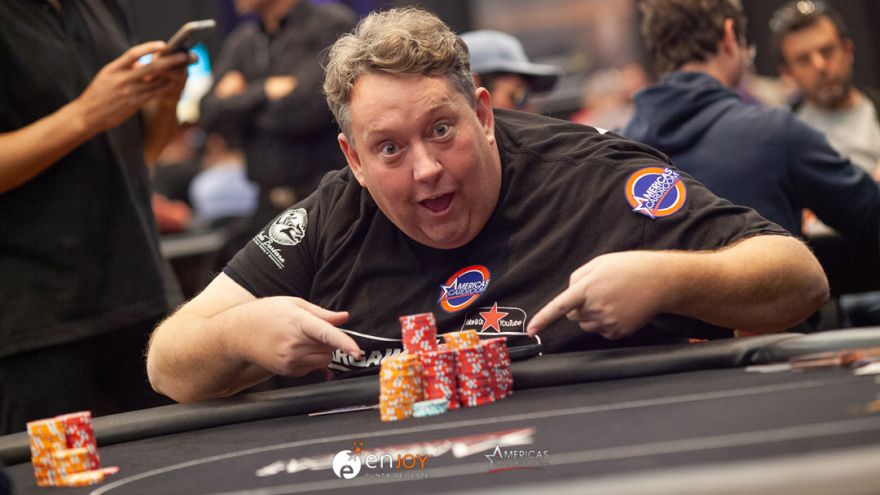 German-native Nezhoda is famous for his lengthy stint on A&E cable channel’s popular show, Storage Wars, turning his knowledge of buying and selling antiques into reality TV stardom along with his wife, Casey.

However, it was poker that drew Nezhoda to Punta del Este, Uruguay, and ACR’s Enjoy Poker Tour Punta del Este stop, which saw him cash twice, with the Main Event win the biggest of his poker career.

The Atlantic Coast venue sported eight days of poker action, and Nezhoda bagged an 11th place finish worth $9500 in the $3300 buy-in event, but it was the $1100 buy-in Main Event that saw him really shine.

The 45-year-old Bargain Hunters thrift store owner was one of 340 entrants battling for a share of the prizepool, eventually fending off Emiliano Bazzano heads-up for the title.

The site was among those he thanked as he came to terms with his first live tournament victory, Rene starting out in poker as a cash game grinder in Las Vegas before finding fame and fortune in the world of storage unit buying and selling.

“This goes to my Americas Cardroom family, to the Bargain Hunters family, to the Storage Wars family, my lovely wife, everybody that has been supporting me, and most of all my daughter back at home.”

ACR pro and ambassador Chris Moneymaker wasn’t the only famous name in poker to congratulate Rene on his success. Phil Hellmuth was quick to heap praise on him, with a mutual appreciation society in the making...

The win brings Nezhoda’s total live tournament earnings to $106,863, the California-based star previously cashing for small 3- and 4-figure sums, including at the 2019 and 2022 WSOPs.

With ACR running regular trips to Uruguay’s Punta del Este there’s a good chance Rene will be back for more live tournament excitement . If you fancy your chances of joining him, then check out ACR here for how to bag your seat.