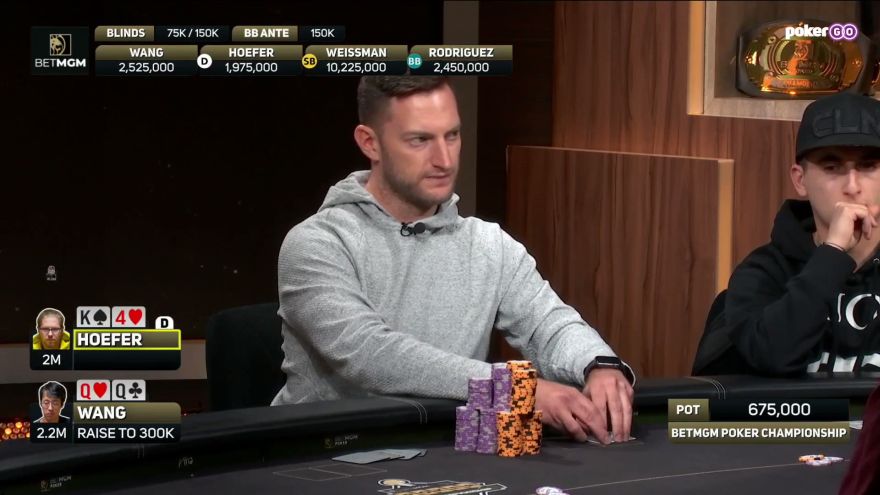 Sit at any poker table and odds are that almost every player there will tell you that they've witnessed the sickest runout ever.

Of course, we all have a subjective view on which hand would constitute the runout of all runouts. But a hand between Joey Weissman and Michael Wang at the inaugural BetMGM Poker Championship at the Aria Resort & Casino last June has to be among the contenders - if not the sickest ever.

Borrowing a line from Rod Serling, the following hand is submitted for your approval: Four players remained at the final table of the $3,500 buy-in Main Event with $224K up top from the $1.1 million prize pool generated after 343 entrants came aboard.

Blinds are 75K/150K with a 150K big blind ante. A raise pre-flop to 300,000 from Wang prompts the chip leader to shove all-in. Wang calls, leaning on the ladies for his tournament life.

Watch below how the hand unfolds:

Is that the sickest runout ever? Wang led until the river when the Queen of diamonds gave him a full house, while Weissman amazingly hit a royal flush!